From a story in the paper about a group of friends that gets together and regularly has picnics.

Don’t forget your yoga mat, folks!  We know you own one! 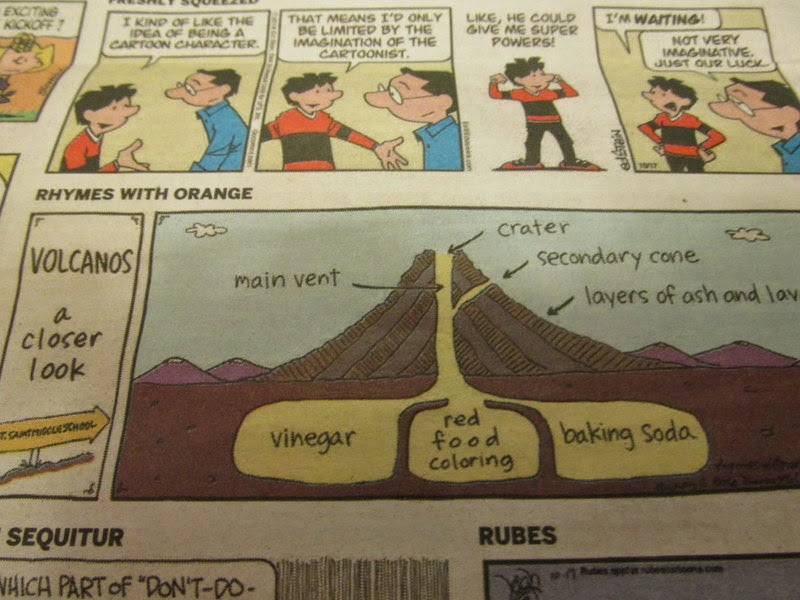 After years of waiting, hoping, wishing and advocating, I get to read “Rhymes with Orange” every day!  Hilary Price regularly makes me laugh.
Mary is a woman in her 80s who volunteers once per week at school.  She is full of fun and a kindred spirit of sorts, because she loves to go on walks and take pictures. 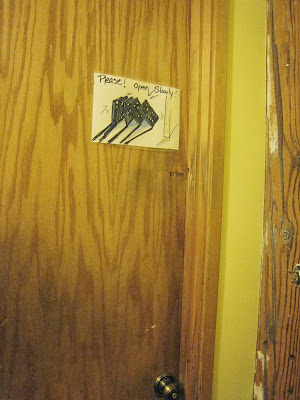 Here are the lockers in the corner of the teacher bathroom. 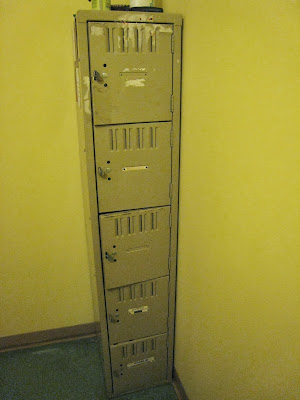 And here are labels on the lockers.  The lockers came to us second-hand, so we have no idea who these guys are.  Charlie’s locker used to have a small sticker that said, “Fish On!” but it fell off a few years ago. 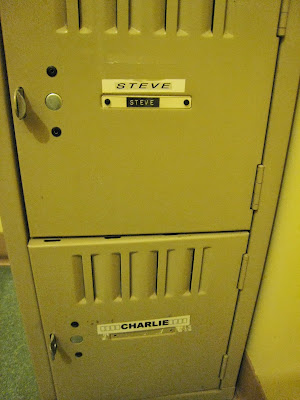 And here’s the poem that appeared on the side of the locker one day.
Mary left it anonymously, but we figured her out. 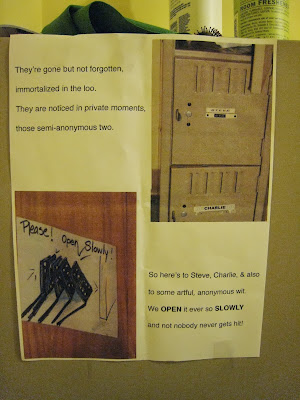 They’re gone, but not forgotton
immortalized in the loo
They are noticed in private moments,
those semi-anonymous two.
So here’s to Steve, Charlie and also
to some artful, anoymous wit.
We OPEN it ever so SLOWLY
and not nobody never gets hit. It seems that I’m not the only one tired of overblown forecasts.

Would a large percentage of the U.S. public answer as Satchel has?

Note: image is “big” and if you click on it, it will be more readable.

I don’t just feel this way about soccer. Pretty much all spectator sports have me yawning.

I left these big so you can click and read them. Get Fuzzy Had a great World Cup week.

Bucky and I seem to have the same view of soccer. Though, of course I don’t begrudge people for playing soccer, or watching it.

At first I thought it was tax tips for chefs or restaurant owners and that made sense to me. But then I read on and found that either the Tax Department has a division of Retarded and Developmentally Disabled workers who created this guide, OR the Tax Department’s Employees (not retarded) made this guide for the Retarded and Developmentally Disabled. But then I’m not sure where the culinary part comes in. Maybe the RDD people work in kitchens? Maybe the Tax Department’s employees are spicing up the title with a fun word like culinary? Like many, many things in life, I will never know the answer.

I made a vat of hummus for our Spindrift trip. The hummus also came with celery and carrots for dipping and, of course, pita bread. After we got home, I happened to look at the label and laughed long and hard when I read the diagrams for the suggested ways to cut the pita bread.

There’s something familiar about the hot dog slice and the diagonal taco cut. I feel like I’ve seen it before somewhere…

Oh yes! Those two cuts are THE EXACT SAME CUT AS the sandwich cut. They are just rotated.

Hmmm, I really want to make the “cold cuts” cut, because I’ve got this delicious roast beef. But what should I do if I’m making tiny roast beef sandwiches for snacks? Which cut should I use? Oh wait! It turns out that the Hors d’oeuvres/Snack Cut and the Cold Cuts cuts are THE EXACT SAME CUT!

I’m really hoping the graphic designer who created this packaging realizes this and is just having a laugh.