If you followed all that, you have just realized that each seam of my three shirts needs to be stitched twice, trimmed once, and pressed twice.  There are seven seams per shirt (two neck, one back, two sides, and two sleeves) and three shirts so that makes 21 seams total which means 42 seams, 21 trims, and 42 pressing sessions.  All that is to say that all I did today was sew french seams until my eyes crossed.  Holy cow.

Here’s an example of the back. 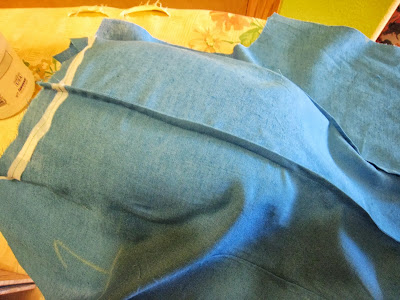 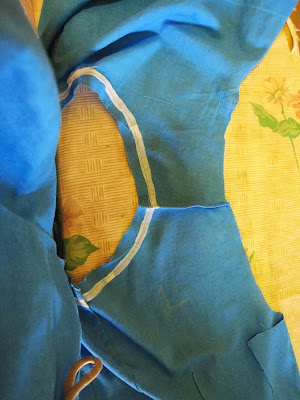 And the sleeve.  Still, they look pretty, don’t they?  And they are strong too, which is good for a work shirt. 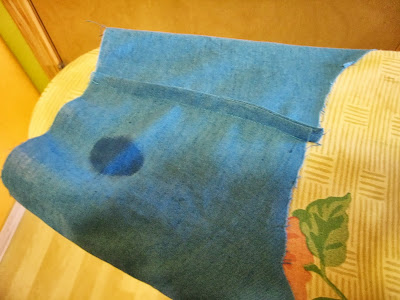 To give myself a break, I started to make bias tape.  Here’s my fabric. 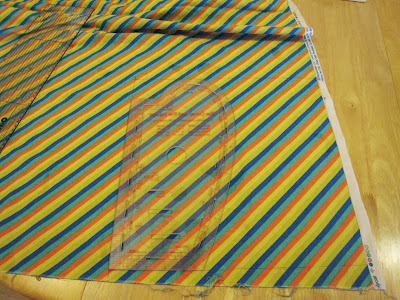 And here’s my joined triangle. 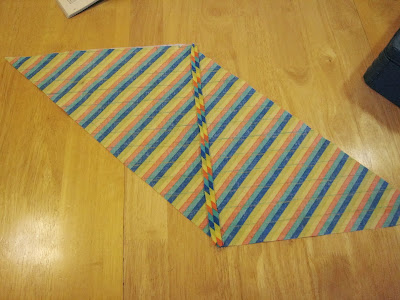 And here is me realizing that I have the angles wrong.  Blast!
This image comes from Colette Pattern’s book on the Laurel Variations, which is free to download and where I learned about the tiny ruffle variation of the Laurel. 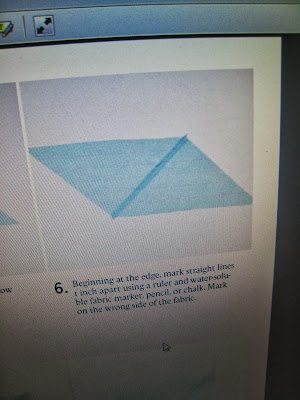 To cheer myself, I cut out the fabric for the tiny ruffles. 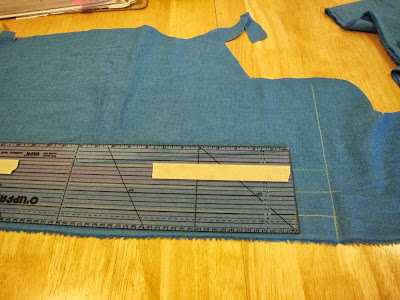