I have completed viewing all the films credited to Channing Tatum on IMDB [that are not short films].  Or, as I refer to it:

Or, given the quality of some of the films:

I watched them so you don’t have to.

For your convenience, I have categorized the films for those of you who want to plan your own Channing Tatum Film Festival.

Movies where CT has a major part:

Movies where CT is not the main focus.

Or: Only watch these films if you are interested in the movie.
(His role may range from a cameo to a bit part that doesn’t have much screen time. )

Perhaps you would like to tackle the list by genre?
CT Movies divided by category:
(Major roles in bold font)

Movies I most enjoyed
Or: Maybe you just want me to tell you which ones I liked.
(Major roles in bold font)

For Die Hard Complete-ists.
Or:  Movies I don’t recommend you watch.
(Major roles in bold font.)

This was a re-watch so the MAunts could see it. I think the Aunts portion of the MAunts, was not overly blown away, but the Mother part of the MAunts enjoyed it. On this re-watch, I enjoyed how much the actors seemed to be enjoying themselves.

Cost: $1.50 from Redbox
Where watched: at home, with Matt, the MAunts & Kelly (who looked at her Facebook feed through part of the movie, so count her in the Not Impressed category.)

Heist movies, I like them. Channing Tatum, I’m a fan.  This was 118 minutes of fun for me.

*After coming back from vacation, I discovered I had free admission for two to this movie.  I had won a promo.  Alas, the movie had already been seen, and I was too busy to see it again.

poster from: http://www.impawards.com/2015/trainwreck_ver2.html
“How big is that car?” Asked someone from the IMP peanut gallery.  Fair question.

Here’s a trivia item from IMDB.

The film was distributed by cutting out studios, in order to have creative control and make money directly from the film itself. Accordingly, for this atypical distribution, Steven Soderbergh raised the budget by selling off foreign distribution rights, and then sold everything except the movie showing up in a movie theater in order to pay for advertising and prints of the movie (for example, selling post-theatrical rights to the likes of HBO, Netflix, Video-On-Demand, television, and airplanes). By following these two steps, Soderbergh was able to sidestep a Hollywood studio, and had creative control the entire time (for instance, the trailers that dropped earlier this summer were by his design, as was the poster and the entire marketing plan). Also, according to Soderbergh, under this set-up, the box-office bar for success is lower. With nearly everything prepaid, and no hefty distributor fees coming off the top, even a modest fifteen million dollar opening would be a win.

The jokes come fast and furious in this follow up to the Lego Movie.  I enjoyed Batman’s journey as well as the many cameos in the film.  Overall, a winner.

I didn’t have much downtime this weekend, so when I saw this at the library, I grabbed it, then offered it up as an entertainment option for my sick (and bored) boyfriend.  On first viewing, I entered with low expectations and was happily surprised; this time I noticed that after about the 2/3rds mark EVERY line was cheesy.  However, I did again enjoy the breadcrumbs of plot that were nicely scattered and then returned to, as well as the way the plot kept dragging them back into the White House in plausible ways.

Cost: free from library
Where watched: at home with Matt

I’m sorry, but the comments are too good not to grab.  I love that some of them include their job titles.  Is a Visitor Experience Associate of the Science Museum of Minnesota qualified to judge this poster?  The internet says yes.

Los Gatos, California
might be the worst poster of the year. Its so bad on so many levels.
Like · Reply ·

Manager at Saint Bernard Pittayasan
Generic and uninteresting. Except ID4, the rest of the director’s credit is useless or even harmful!
Like · Reply ·

Visitor Experience Associate at Science Museum of Minnesota
Would have been so much better if he were looking at us incredulously with his thumb jerked behind him as if to say ‘Holy sh*t do you see that?’
Like · Reply · Apr 19, 2013 9:29pm

When you’re the second movie about something in a year, why would you create a poster that resembles something from the first movie?

Like the best of the funny Cohen Brothers movies, this has several laugh-out-loud moments, along with some random quirky stuff.  I loved the set design and the bits of movies we get to see.* It also manages to be a compelling story.

*The pinnacle, of course, being Channing Tatum’s tap dance routine while in a very darling sailor suit.**  This was well worth the price of admission.

There are things I like* and don’t like** about Mr. Tarantino.  I was excited to see this movie in 70mm UltraPanavision and for the first two-thirds I was reconsidering my anti-Tarantino stance, because everything was humming along nicely.  But after intermission, I was reminded exactly why I don’t like him and the film stopped working for me.

Cost: $15.00 (Roadshow pricing, completely worth it.)
Where watched: Hollywood Theater with a bunch of other 70mm/Tarantino fans.  (Mini review of Roadshow production: The Overture was fabulous.  During the movie, it was weird, but fun, to have to look back and forth across the screen to see everything.  I was surprised there wasn’t an “Intermission” title card during the intermission.  Overall, really fun, despite my dislike of one-third of the movie.)

*His commitment to the magic and mystique of movies, his characters and dialogue, his humor, the fact that his movies have awesome soundtracks.
**I think his movies (at least the ones I’ve seen) are incredibly slow.  Also, I don’t watch his films because the level of violence disturbs me, I don’t think it’s necessary, and I would prefer to go through life without those images in my brain.

My expectations were low going in and indeed, this is a long, slow movie broken up with some good dancing now and then.  Characters from the earlier film*  are fleshed out** and there is a merry-go-round full of cameos and other supporting roles.  What could have been the romantic subplot is oddly subverted and only half developed and thus, this movie just becomes a very long wait for the next striptease.***

*Interestingly, though the character of Matthew McConaughey’s Dallas is explained away, there seems to be no mention of Alex Pettyfar’s Adam, even though he was the main supporting actor in Magic Mike.
**Hah! By which I mean their personalities are more fully developed as we’ve already seen most of their flesh
***I look forward to coming across the DVD at the library in future years so I can just get to the dancing. Much like Force Majeure, this movie gives ample time to examine all quadrants of the movie screen in each scene.  Unlike Force Majuere, this was a slow and interesting film, most probably because a lot of the screen was taking up with Mr. Channing Tatum.  I knew how the story ended (because I remember when it happened) and yet I still found myself wrapped up in the conclusion.

Cost: Free due to gift card
Where watched:  Regal Foxtower 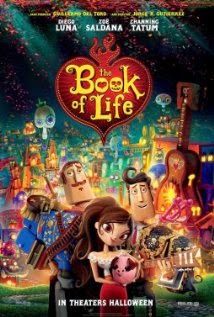