Despite living downtown and in close-in Southwest for a number of years before I moved to North Portland, I never made it to 5th Avenue Cinemas.  This is the movie theater on the PSU campus that I’m guessing is run by students.  They show an eclectic mix of films (aside from Mala Noche, Gremlens was playing) weekly on Fridays, Saturdays and Sunday afternoons.  Their windows display the films screened during the quarter. 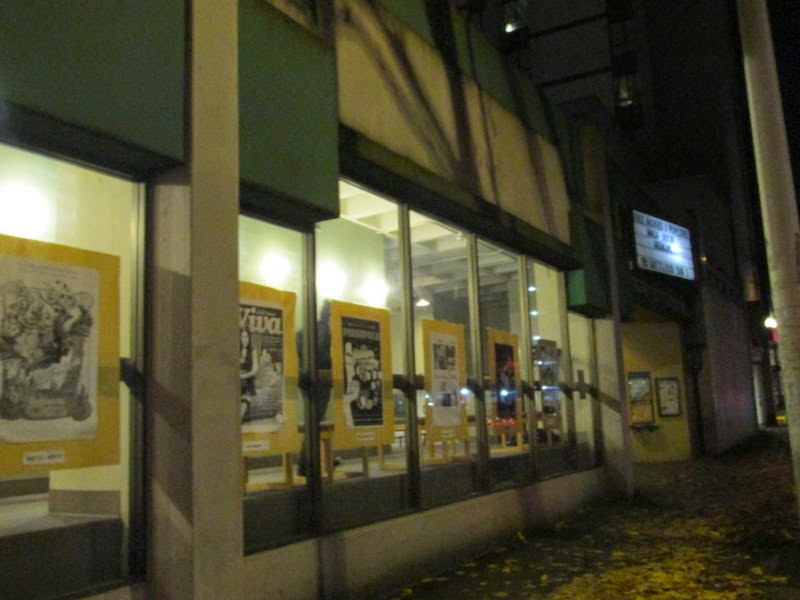 A display in the theater. 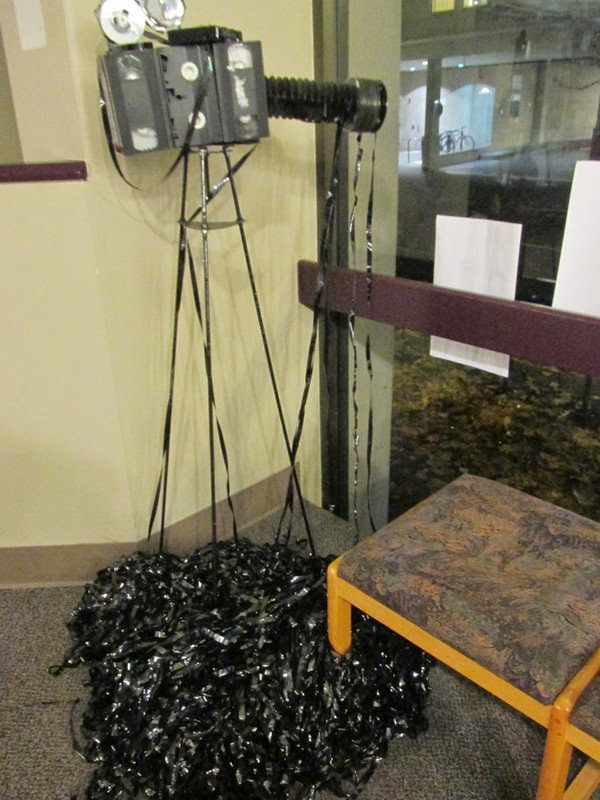 The lobby.  When you pay your admission, you get free popcorn!  There are also drinks and candy for sale. 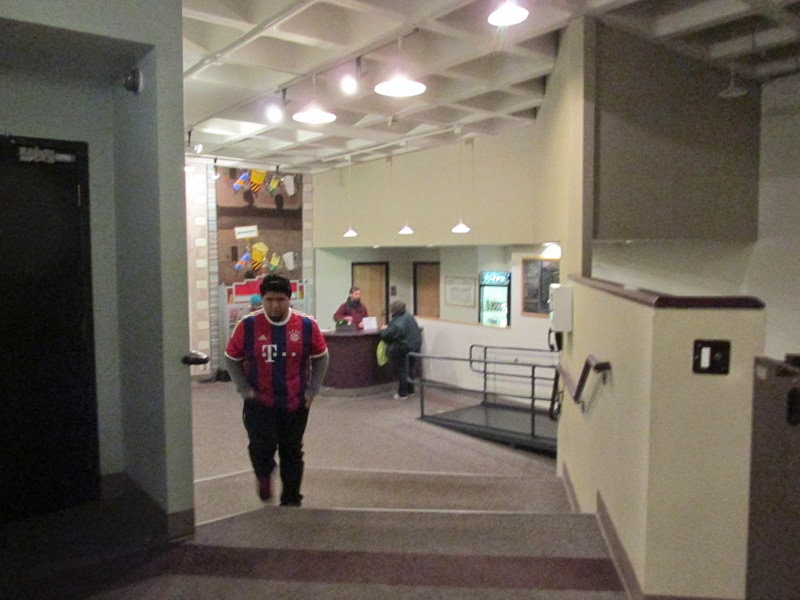 A peek at the screen. 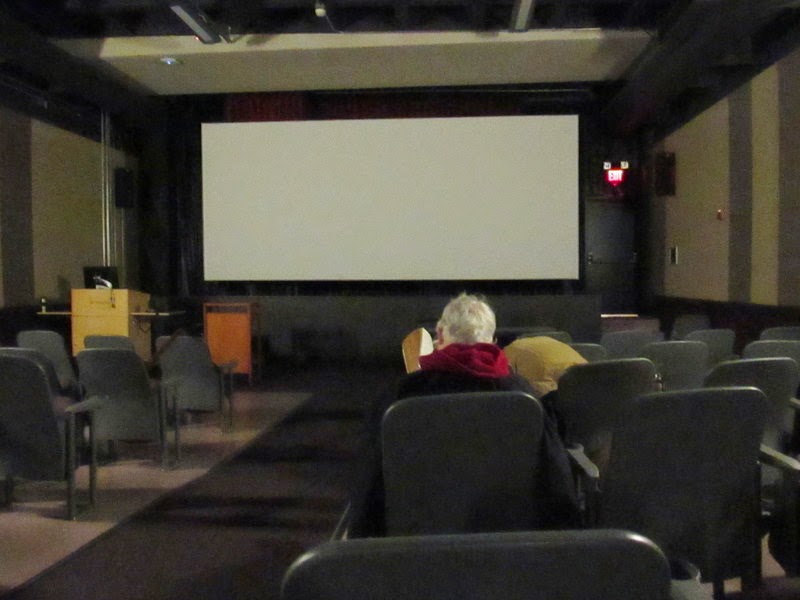 Should you need to take notes, the chairs have desks. 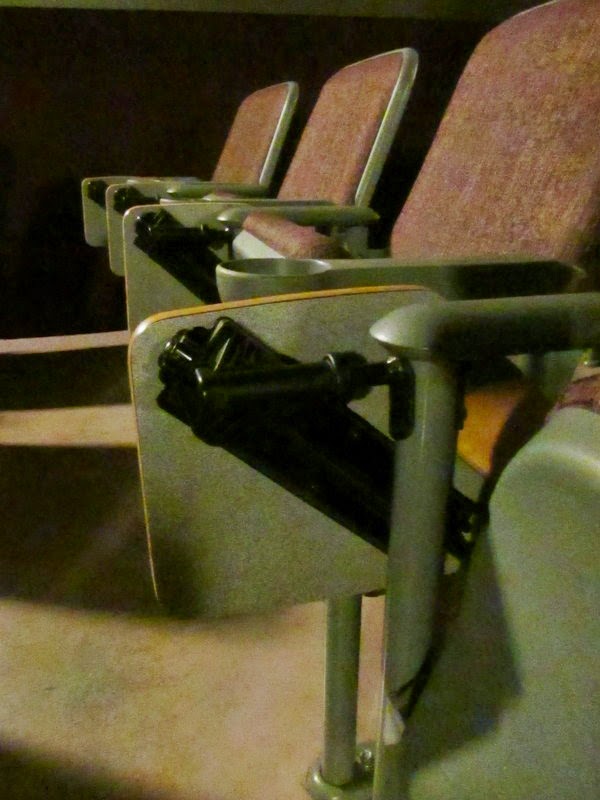 This was a special screening with special people in attendance. There’s Walt Curtis on the left, with Satryicon bouncer Bruno and the nice guy who introduced them.  Walt Curtis wrote the chapbook that became the movie Mala Noche.  I’m unclear why Bruno was there.  You can read an interview that the Willamette Week did with Mr. Curtis by clicking here.  The article pretty much accurately captures what it was like during the question and answer session after the movie. 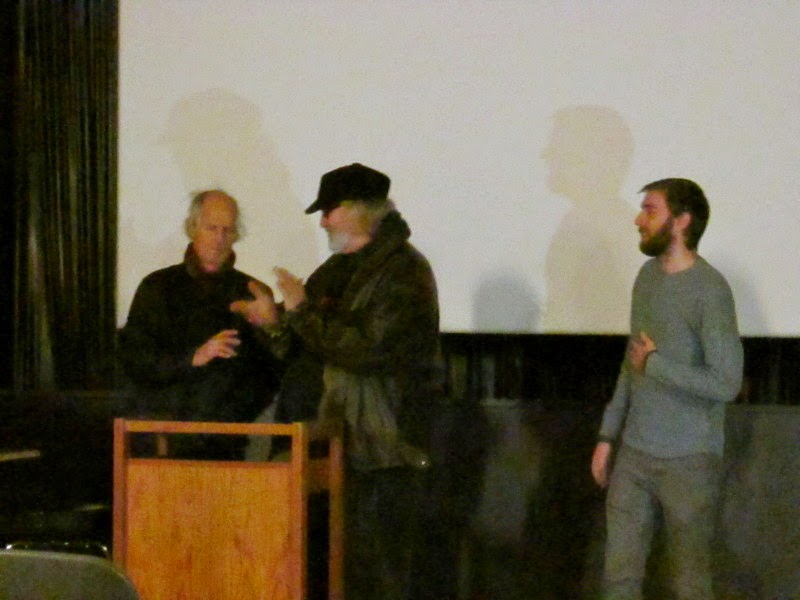