Wanna come along?  Well, you missed the first part, because I didn’t think to take pictures.  Imagine the Lombard Transit center, where I picked up the #4 and rode it over to Vancouver street.  There, I disembarked and went to the Dishman Community Center to swim.  Finished there, I walked to MLK to grab the #6.  Here we can switch to photos.

Across the street from this stop for the #6, are two houses, both alike in dignity/ in fair Portland where we lay our scene.  They are also apparently owned by the same person, who painted them the same color. 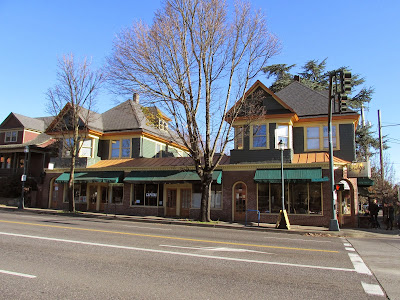 Where I came from:  Dishman. 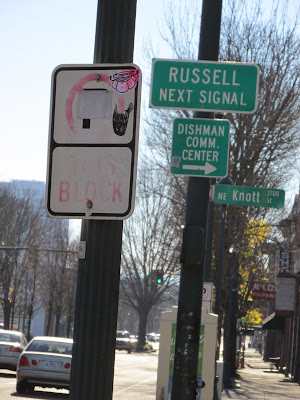 I disembarked at Burnside and MLK to switch to the #20.  I probably had enough time to walk up to the theater, but was hungry, and wanted to leave time for a lunch more substantial than popcorn.  While at this stop the gentleman waiting with me asked me what I took the picture of.  When I explained it was for my blog he asked, “Who reads it?”  I told him that friends did and his reply was “Oh” and he ceased talking to me.  This amused me.  I guess I wasn’t a famous enough blogger for him. 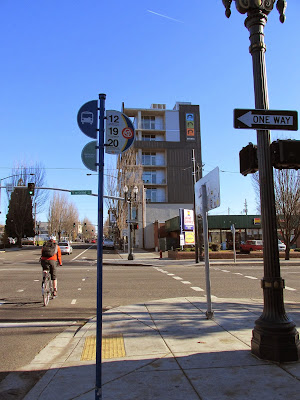 I went with Tapalaya for food and had a very good pulled pork sandwich with two sides:  collards with bacon and a black-eye pea salad. 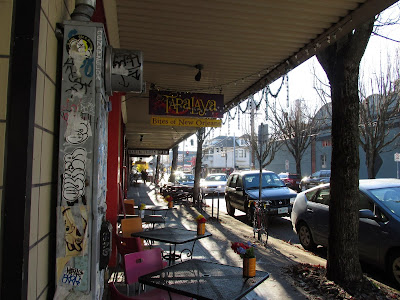 My movie destination was right around the corner. 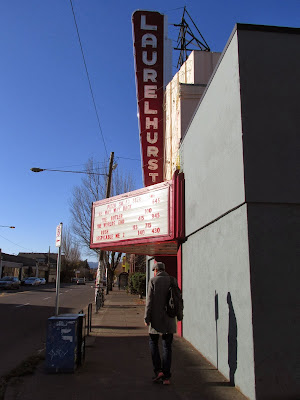 Waiting for the #20 again.  This was my longest wait of 20 minutes.  O! Sunday schedule, why must you thwart me!  Happily, my time was taken up by watching a disaffected youth cross Burnside, forcing cars to stop for him while he flipped them off.  He then stood behind a pole that was part of the building across the street and in short order a police cruiser pulled up, parked and talked with him then searched. him.  A second cruiser arrived to help with the search and a third cruiser showed up, searched him again and then took him away.  He didn’t seem to be opposed to the idea and I wondered what story I missed there.  Of note:  the first police officer was a man, but the other two were women. 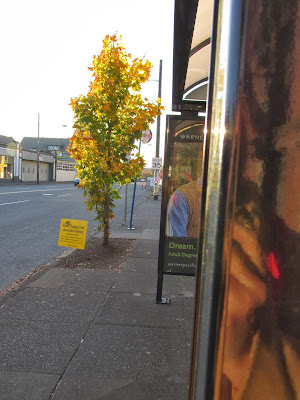 The #20 deposited me a block from my work, where I ran a quick errand. 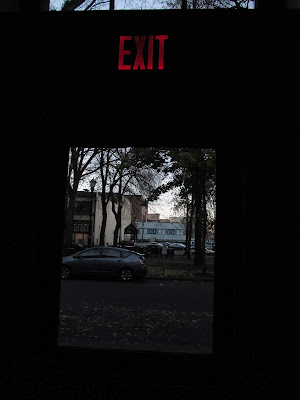 Then walked to the Yellow Line and had to wait another 10 minutes. 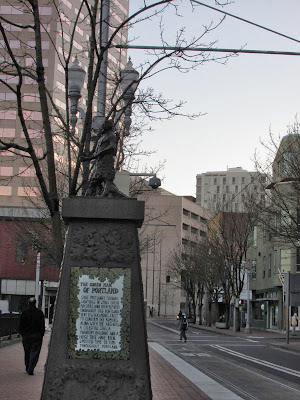 From the Yellow Line, I disembarked and walked the final four blocks to my home.  Thanks Trimet for ferrying me around.