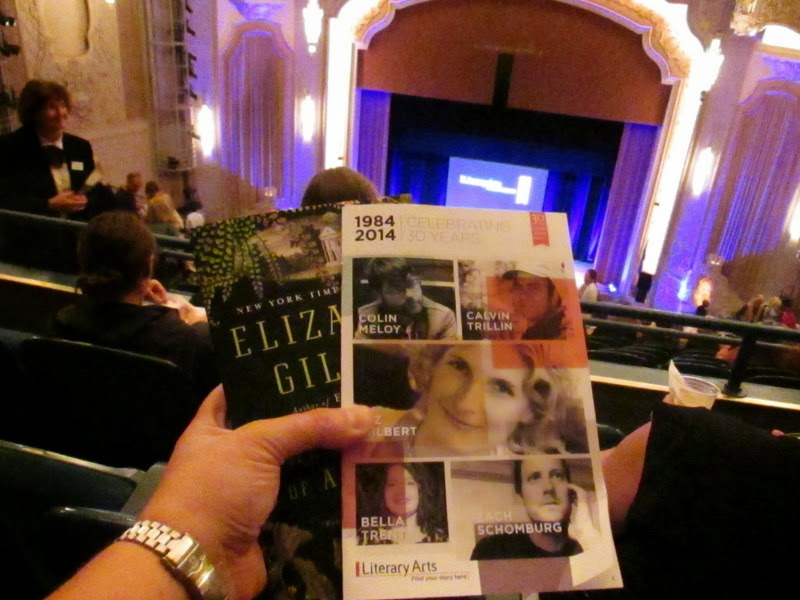 Kelly and I attended this lovely evening which included two songs performed by Colin Meloy (of the Decemberists).  It also included a talk by Calvin Trillin, a poem by Zach Schomburg, and a poem by Bella Trent, who had an amazing voice.  Also Liz Gilbert* spoke on creativity.  AND because we were among the first 700 to purchase tickets we each got a copy of Elizabeth Gilbert’s** Signature of All Things.  It was even autographed. It was a good evening.
ps.  Authors (at least the ones from out of town that spoke) really like to come to Portland.  Do you think they were just humoring us?
*That’s what the program says:  Liz Gilbert.
**That’s what the book says:  Elizabeth Gilbert