This comes from an article about two friends who met at the Naval Academy, died for their country and now rest side by side in Arlington Cemetery. All well and good (except for the senseless death, but that’s for another post).  But read the part that begins, “Travis even joined Brendan on some of his dates– 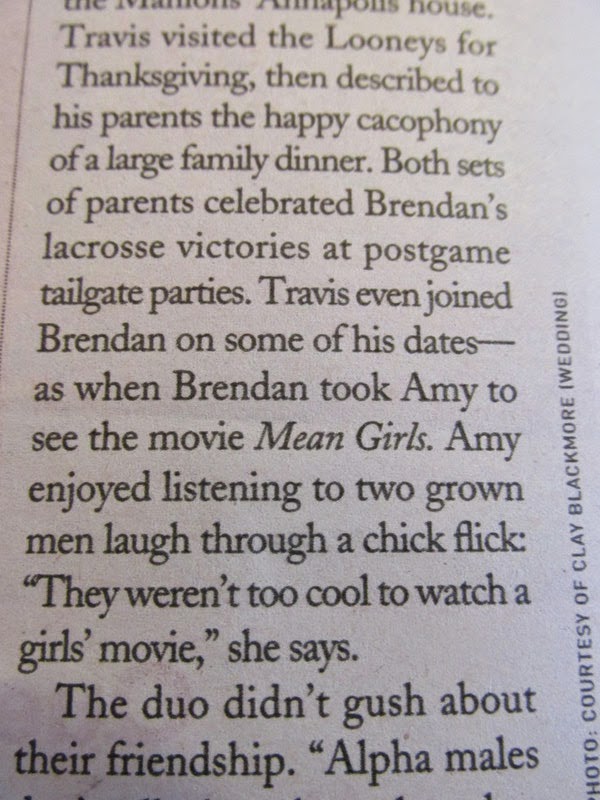 First of all, Mean Girls isn’t a girl movie.  It’s a movie about girl relationships that both females AND males can learn from.  Secondly, if you reverse this statement, “[Two girls] weren’t too cool to watch a boys’ movie” it doesn’t make sense.  Because girls are supposed to like what boys like and be grateful when boys “sink to their level” and deign to watch a movie that is centered on something other than *gasp* men.
Granted, the sexism this time comes from a quote, that is, not the writers of Parade Magazine themselves, but it’s stuff like this that should be called out.  So I’m doing it.