The good thing about making three of the same shirt is that there is time to improve on one’s task at hand.  So it went with attaching tiny ruffles to the sleeves.  I learned that I should trim all the tiny ruffles down a bit before sewing, so the millions of bits of thread don’t have to be removed later. I learned that it’s best to smoosh the ruffles so there is maximum ruffle, because that will still be enough to go around.  I learned that one should attach tiny ruffles to the sleeves and then trim a lot of the bulk from the seam line, which will make it easier to attach the bias tape. 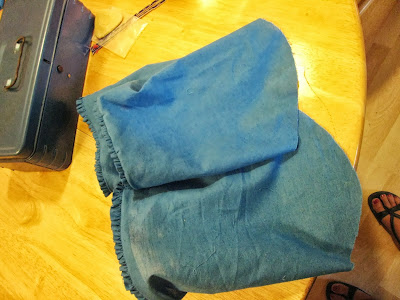 Here’s some bias binding happening.  I’m noticing I still haven’t learned the trick for making sure the bias tape endings aren’t raw.  But I learned that trick too. 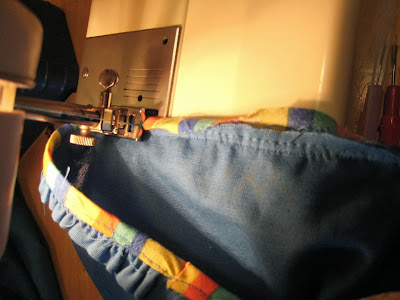 I’ve set in sleeves in my day and I like the process, if not always the result.  I like putting in three rows of gathering thread, which will be exuberantly ripped out once the sleeve is securely in place.  I went with bright orange because I’ve been ripping through the blue thread on this project, but also because contrast is easier to pull out after the fact.  Those are six sleeves, ready to be inserted and three shirts, ready to receive those sleeves. 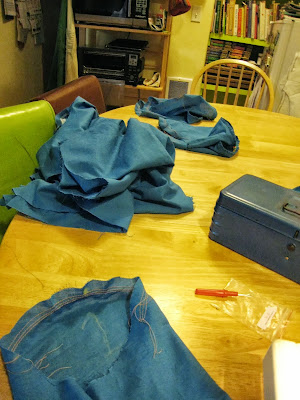