For those not in the know, the Boise Greenbelt is a 25 mile tree-lined (although not so much after you get out of the city) path that follows the Boise River.

My mother was the kind of mother who planned outings for us during the summer and so I have happy childhood memories of walking down the Greenbelt to find a nice place to play in the Boise River.  And the memories just keep on coming.

Here’s the Anne Frank Human Rights Memorial that was built after I left town. 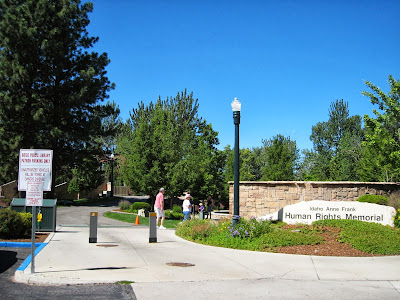 Before that section of land was claimed for Human Rights it used to be a dead end street with a lot of parking spaces.  I spent way too much time watching a certain boyfriend skate.  Which was boring even then, and I liked him.

I can remember after they got the new bridge built and this became a pedestrian bridge how we marveled that it had ever been big enough for two lanes of traffic. 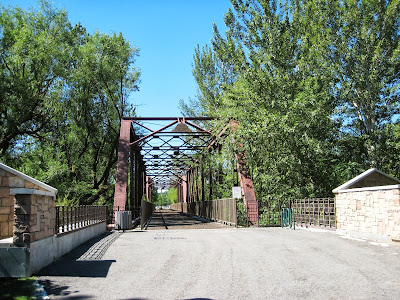 The Greenbelt is heavily utilized, as evidenced by these mirrors, handy for merging. 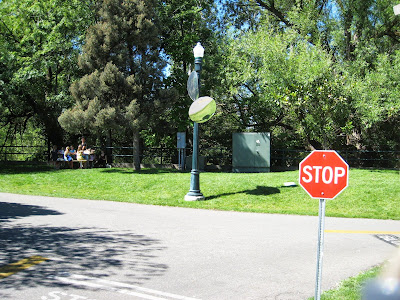 First sight of the river.  It has a smell to it I had forgotten about.  After I grew up into a teenager, we started floating the river, first with parents, then on our own.  And one very hot night, sometime in high school, four of us came down in the pitch dark and went swimming.  It was an exhilarating relief. 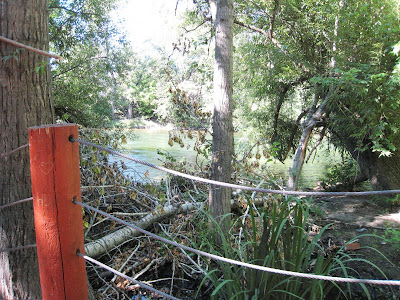 Despite the heat, it’s pleasant to walk beneath the trees. 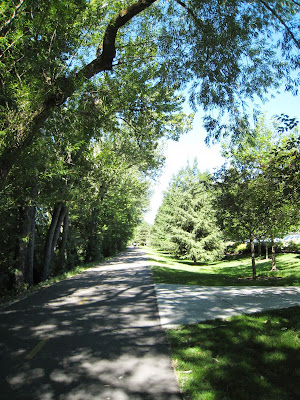 I had completely forgotten about these signs and was happy to see they are still here. 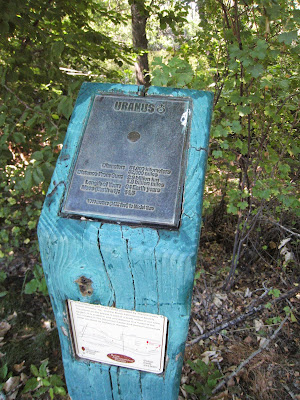 The Discovery Center placed them to scale along the Greenbelt. As you walk you get a sense of how far apart the planets are. 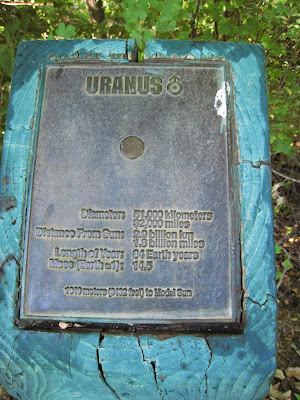 Walking back to the hotel, I learned that my current hometown band will be visiting my former hometown quite soon. 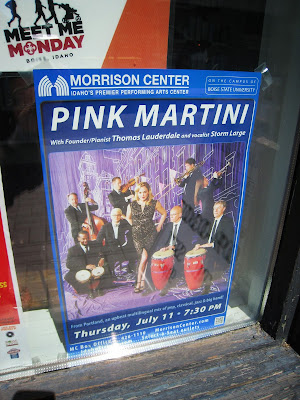 And I could not resist taking a picture of this green car which was revving his engine in a very familiar (and still annoying) way. 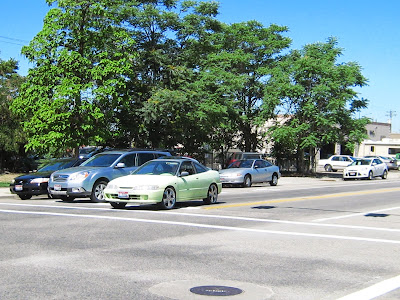