Reading this, I audibly gasped, mostly because I’ve been waiting for years for male athletes to start coming out of the closet.  Also: same last name! 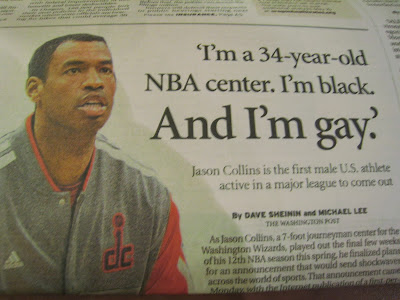 Oh Grant Butler.  A few years ago you decided to experiment with being vegan for a few months and I thought, “I hope you can make it that long without cheese” because cheese is the number one reason I don’t want to be a vegan.  The number two reason is that I don’t think it’s actually a healthy way of eating.  But you, Grant Butler, took to it like a duck to water and now your write columns that amuse me such as this: 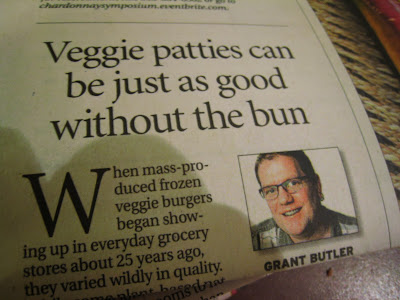 Now I don’t mind a good veggie burger now and then, but really, the bun?  The bun is the best part, in fact,  the main reason for eating the veggie burger.  When you get right down to it, I would eat the bun with a bit of butter rather than the veggie burger wrapped in lettuce or what have you.