Some time ago, I did a favor for a friend and she grew concerned that we were not “even.”  This would be the same friend that made me the fabulous birthday card last year.
“Oh, I’m sure you will eventually do something for me to even things up,” I said, not at all concerned.  But within a week I had a nice stack of Thank You cards she made for me and which I have been sending to people since.  They always assume I made the cards, but card-making is not really a skill I put in play often.  When asked, I set them straight.
And then I ran out of the cards.  So I mentioned to her that I would have to put myself in her debt again so I could get more cards.  And within a week I had a stack of Thank You cards that blew away the previous ones.  I love them so much!
She bought a bunch of doll clothes patterns and realized she would never actually sew any doll clothing.  So here they are repurposed for me. 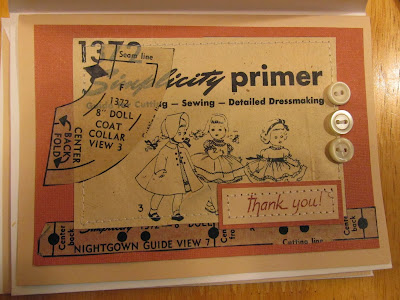 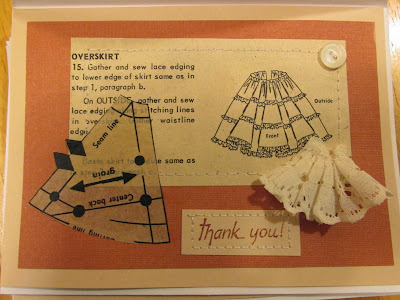 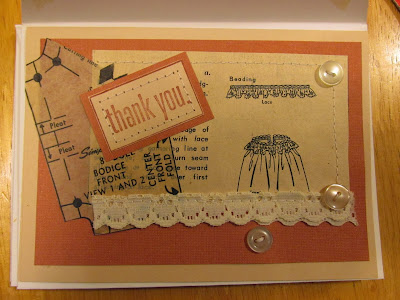 This one is my favorite as I hate the word “panties” but love that doll panties have made their way to a thank you card. 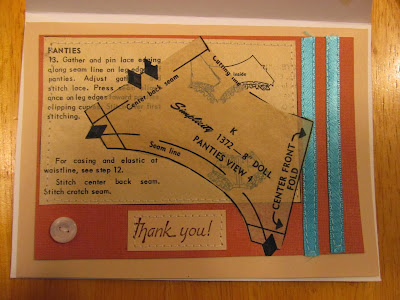 3 thoughts on “Awesome Thank You cards.”