Across the street from my school, prop cars were parked in the lot and by the end of the day it looked as if snow had drifted all around.  It was pretty cool.  At recess that day, a guy with an earpiece came over and asked when the children would be outside and we told him the schedule.  “Okay,” he said, “We’ll try to work around that, but we really need to make this movie.”  Maureen and I shrugged.  It didn’t make a difference to us whether or not the movie got made.

The next morning the cars and the snow were still there.  But now they were intermittently making it snow. 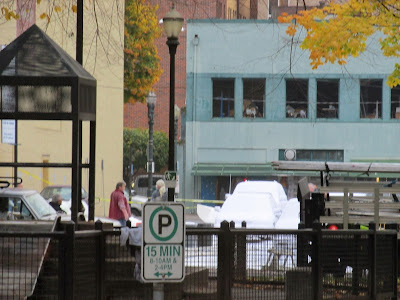 I caught several pictures of the massive amount of standing around that is movie making. 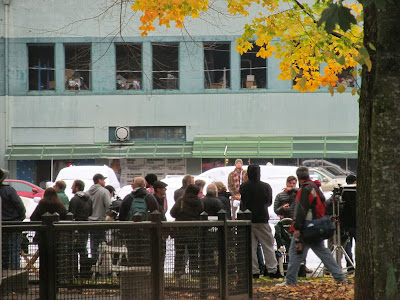 Though it’s pretty cool to see the snow. 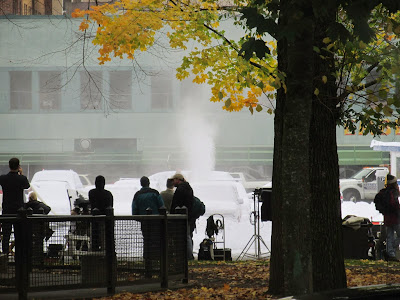 The trouble started at morning movement, when the phone rang and some guy from the production company explained that they were making a movie and could the children not have recess today.
Nope.
What about if we give a donation?
That would have been something to talk about before today.  Today is happening.  Schedules are set.
Can’t you just push back the recess?
Nope. 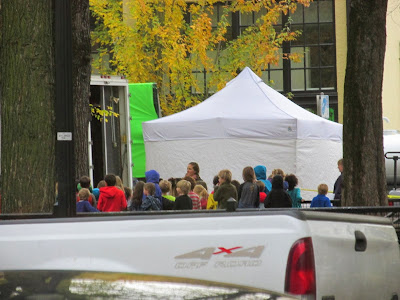 A man appeared at the door.
What if we donated $500.00 to the school?
At this point, I turned it over to my boss, who ran around to see if people would be okay with that.
Nope.  One teacher was hugely insulted by the offer.  And one class wasn’t there to say, either way.
So 4/5 recess was indoors, but 2/3 and K/1 gleefully ran about, while people with earpieces held their index finger over their lips and looked vaguely disgruntled. 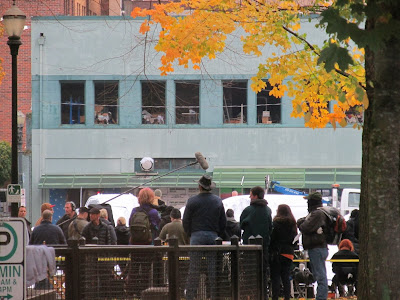 The thing I find hard to believe is that they could plan ahead to take down the Absolute Vodka advertisements that are usually in the windows of the bar across the street, but missed the fact that a school and a playground were 20 feet away from their location. It’s not like this is the first time we’ve had the industry within a stone’s throw of our school.  Television films down here all the time and, aside from poaching all the parking spaces, they aren’t much trouble. 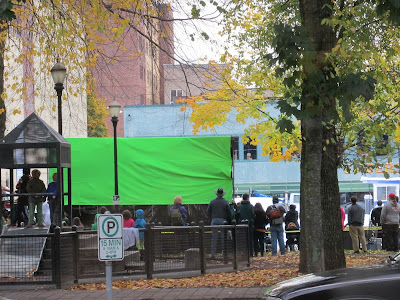 So if you see the movie Wild and come across a scene where Reese Witherspoon is shoveling “snow,” know that it was a lovely November day, where not 20 feet away children were having recess.

3 thoughts on “Snow in November. Or: How I learned that film people are annoying.”