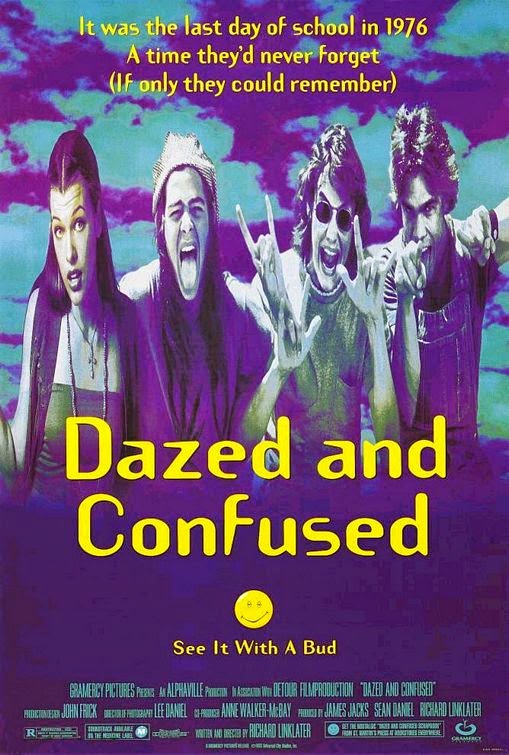 During a discussion of Boyhood, my friend mentioned she had never watched Dazed and Confused and we made plans to remedy that situation, pronto.  While I had seen this several times in the 90s and early 2000s* it had been a good decade since my last viewing.  This time around I found the soundtrack incredibly intrusive,** but I loved the passage of high school knowledge among the “generations”*** and really enjoyed the amount of detail packed into every frame.****

Cost:  free via Netflix on demand.
Where watched:  at C &M’s with C.  M said he would just watch a little, but ended up staying for the whole thing.  Good thing too, because he was the one who finally pointed out Renee Zellweger to me.

*I owned it on VHS and lost it when I brought it to my job at Bread and Circus to lend to a friend. He left it on the counter in the Bakery and when he next worked his shift it was gone. Crappy thieving Bread and Circus coworkers.  I paid $5.00 for that previously viewed at Blockbuster.
**does EVERY single scene change need to be introduced by another 70s rock classic?
***Senior to sophomore.
****”Is his belt buckle a bong?” C said to me after the famous scene.  It was.