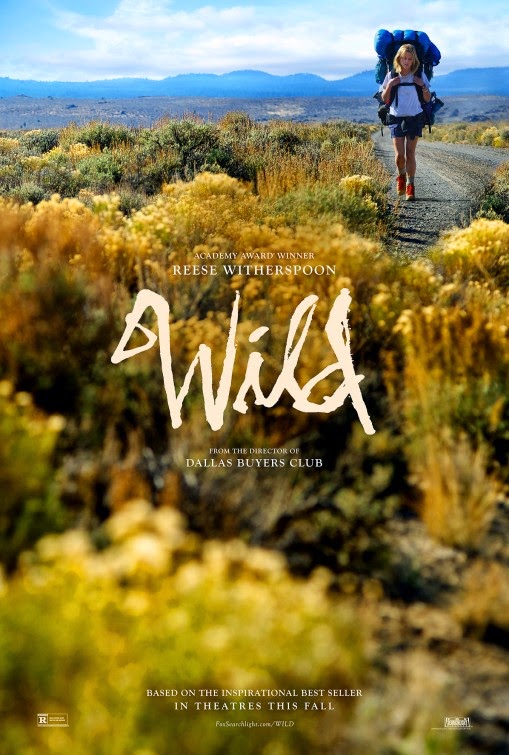 It’s a good year for book-to-movie adaptations and Wild joins Gone Girl in the pantheon of engrossing books that became excellent films.  The movie manages to make a long hike (which is, when you get down to it, a lot of walking and internal processing) engaging cinema. I think they did a particularly nice job of capturing the circular nature of thoughts when one spends large amounts of time alone as well as the vulnerability some women feel being out on their own.*

*Which, by the way, really sucks.  Thanks, asshole guys, for making women feel unsafe.

Also!  The scene that caused much brouhaha when it was filmed last year outside my school was in the movie!  It did not land on the cutting room floor.  Predictably, the scene itself was layered with music, so there was no need to have people ask the children to be quiet during recess.  Annoyance aside, it looks really cool, like a real snowstorm in Minneapolis, not a balmy November day in Portland.

Also, also!  This is the second film in a row I’ve seen Gaby Hoffmann be the friend to a woman who needs an abortion.  She seems to be carving out a pro-choice niche.