Waiting for the #15 bus, I got to looking at these two houses located on Belmont just off Cesar Chavez.  They seem to be the same house and presumably built the same time, so I thought it would be fun to do a comparison.  Plus, I get to geek out with Portland Maps. 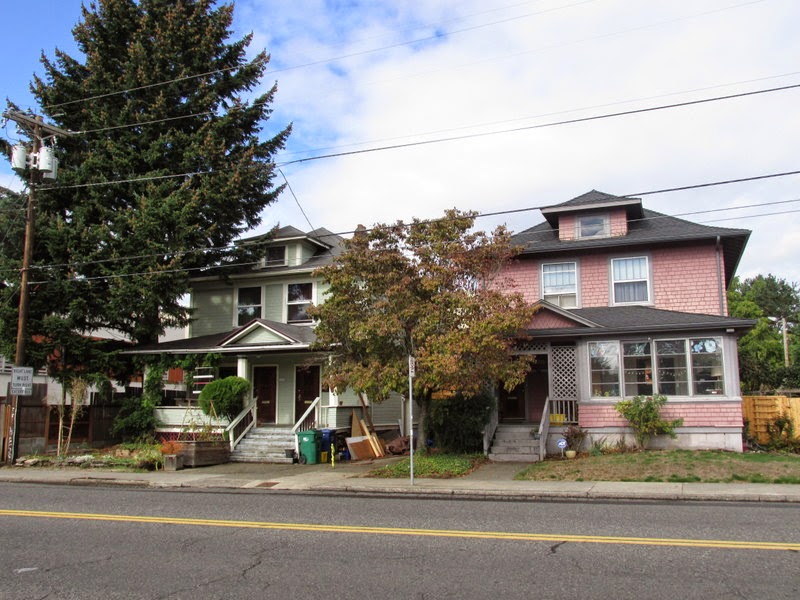 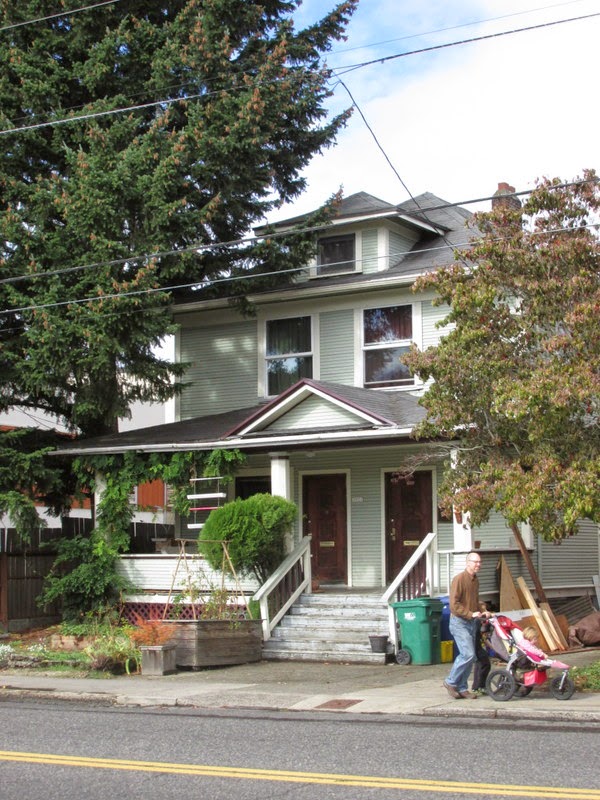 This is 3927 and 3939 SE Belmont.  It is owned by a couple who live in the house, though I assume they rent out the second unit.  It was built one year earlier, in 1907, and is a tiny bit bigger at 2,171 sq feet. The couple bought the house in 2003 for (again, get ready to clutch your hearts) $47,800. The type of sale is listed as Bargain Sale and Deed and I don’t know if that’s why it was such a steal, selling for so much less than its neighbor.  The historic permits on file list Albertsons, Inc. as the owner in 1965. The upper story: you can see the type of siding and the roof which I would characterize as in good condition. 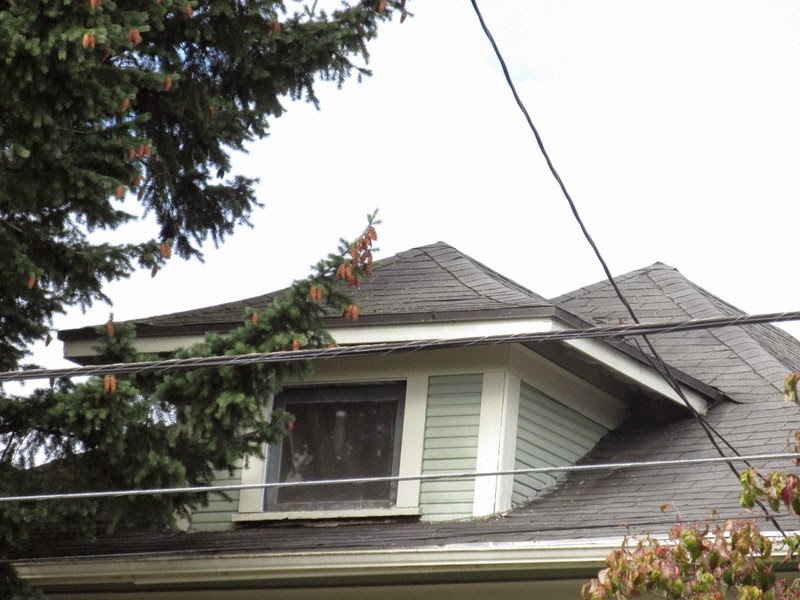 This one has shingled siding and what I would guess is a new roof. 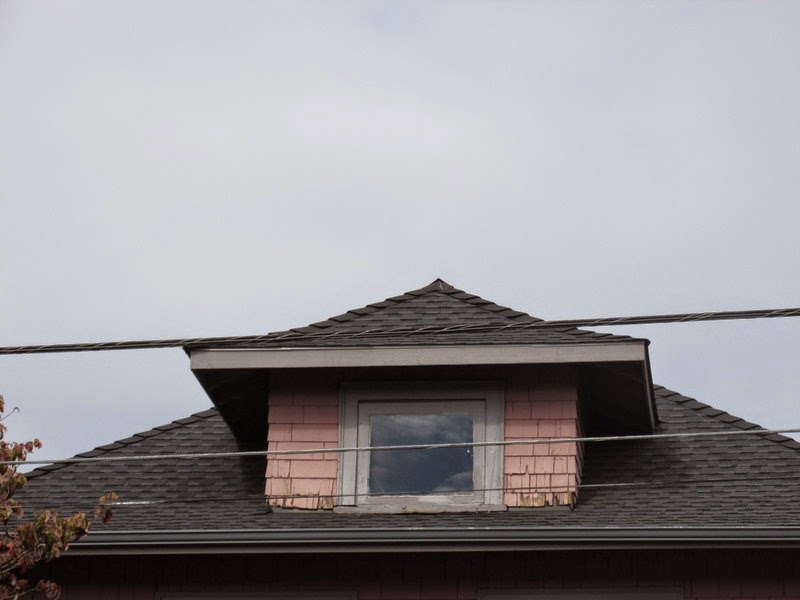 Second story.  It looks like the windows have been replaced with newer vinyl-style.  You can also see the “peak” of the porch is placed to the right on this house. 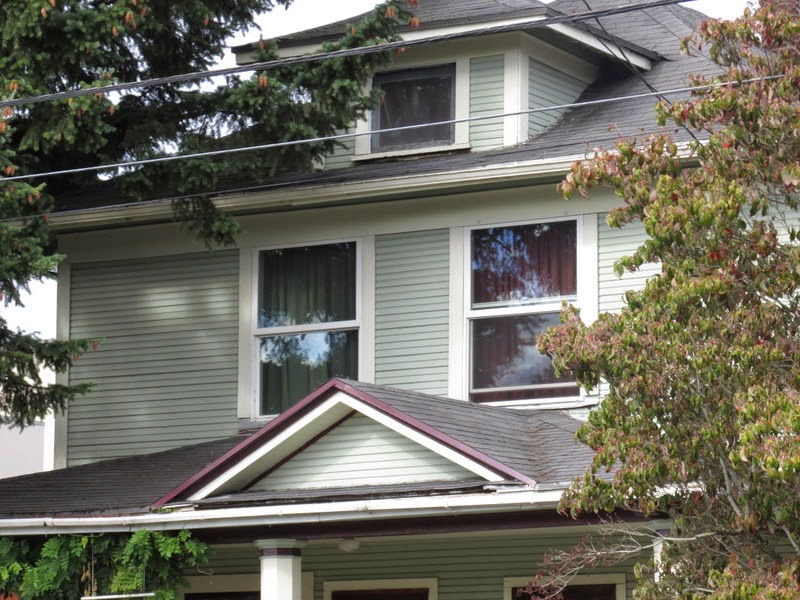 This house still has the old aluminum frame windows and the “peak” is placed further to the left on this house. 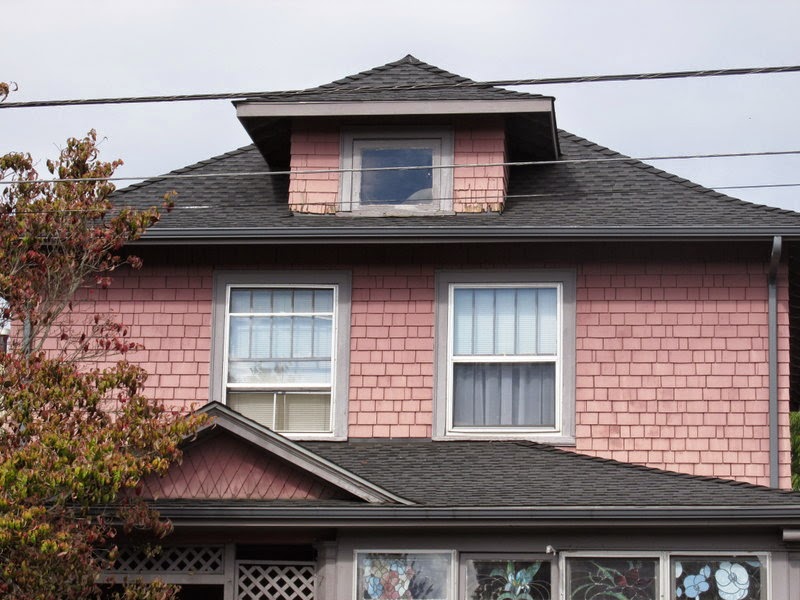 Here, our house has an open porch, probably retaining the same style as it was built with. 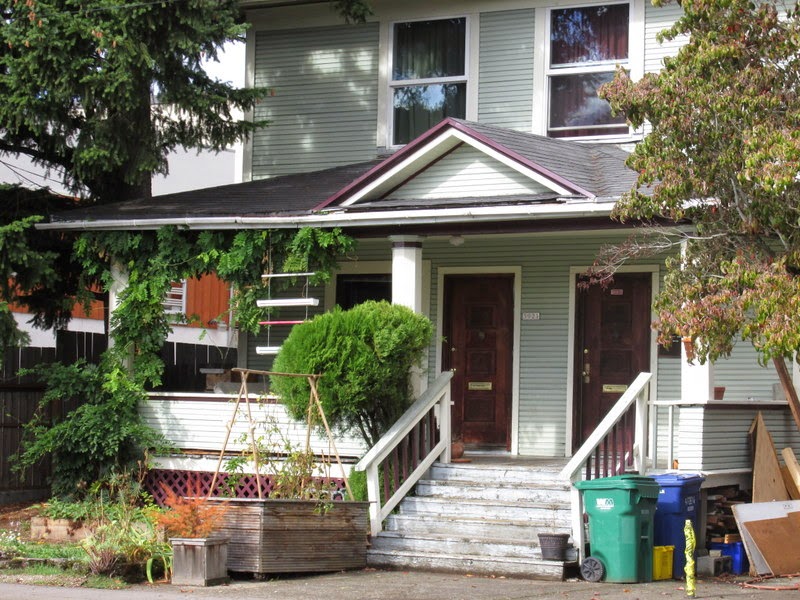 This house has an enclosed porch, which I am not a fan of.  They seem less pleasant to hang out on and they tend to become a place to stack things. 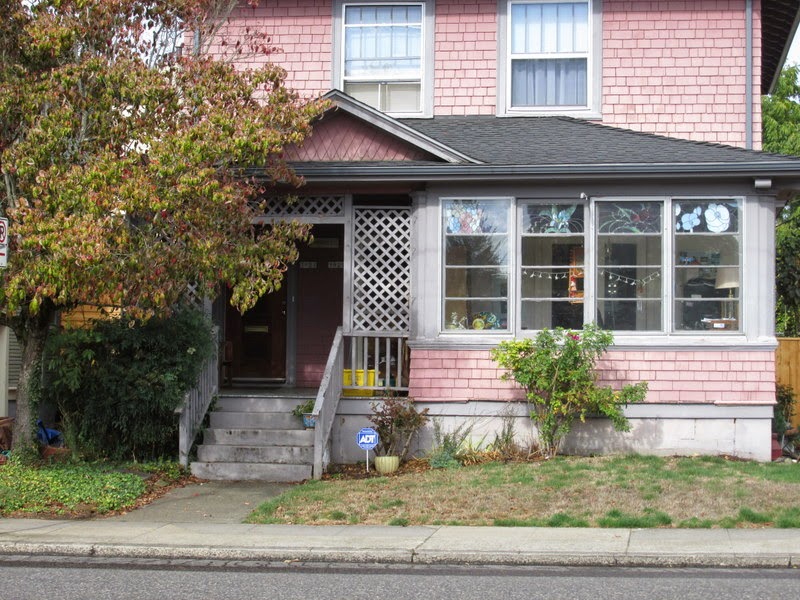 One thing that interested me was that both houses have heavy 60s/70s era doors that don’t match the rest of the house. 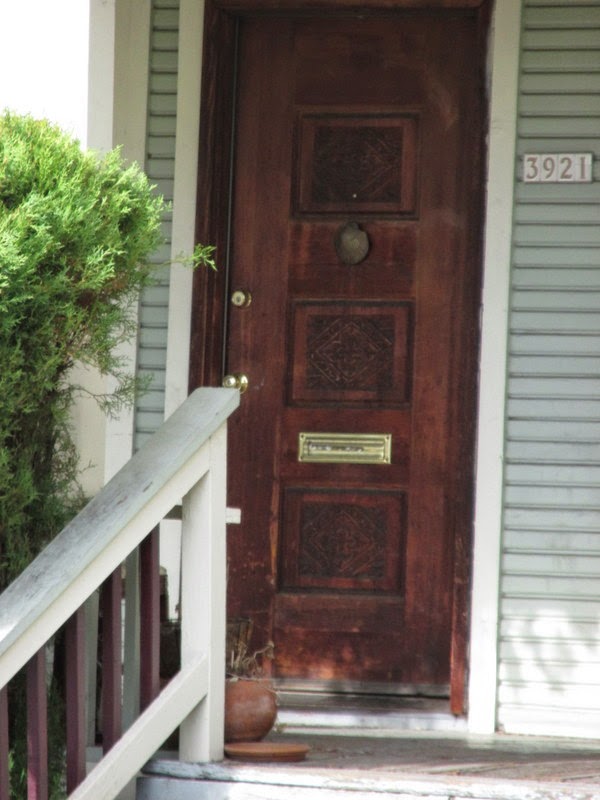 Based on this, I assumed that both houses were owned by the same owner some time in their past. But no!  Was there a traveling door-to-door door salesman with an irresistible pitch? 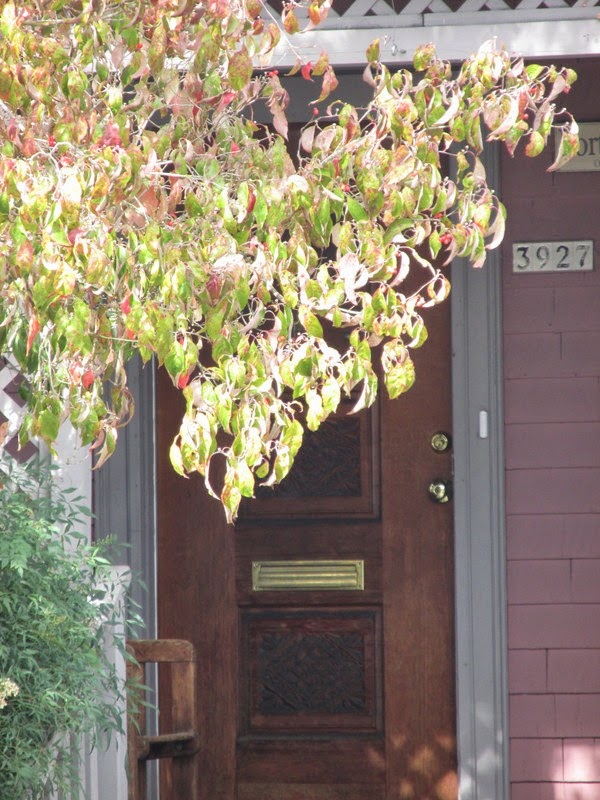 The carved wood, the dark stain, the brass mail slot!  Does not match!!! 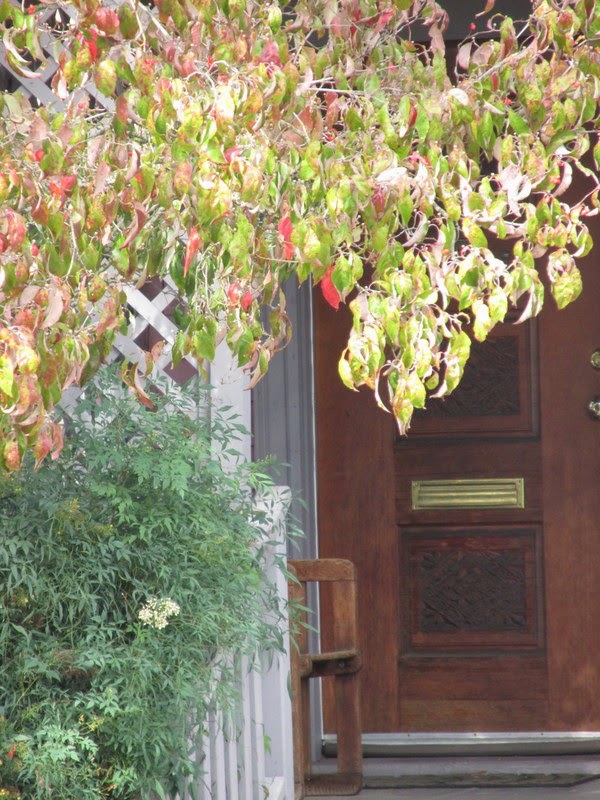 It looks like these steps have been scraped.  Perhaps they are getting ready for a new coat of paint? 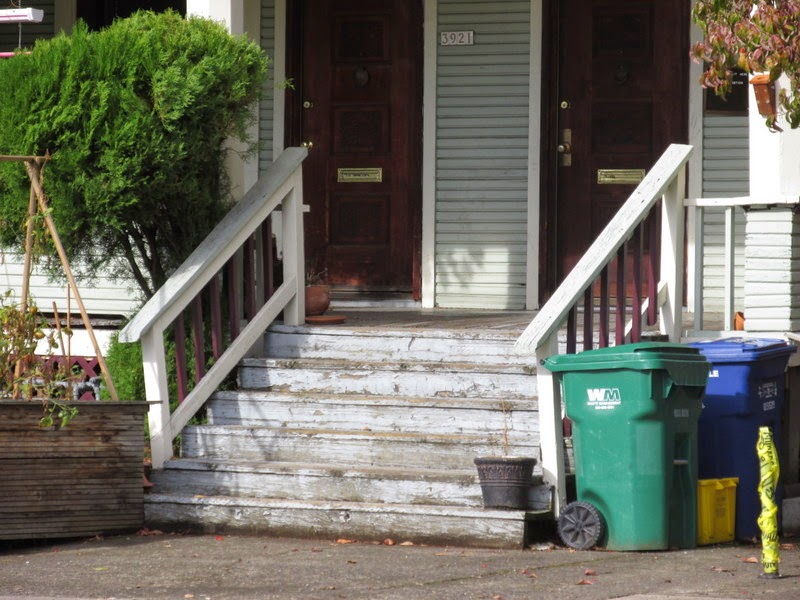 The steps on this house are not as wide. 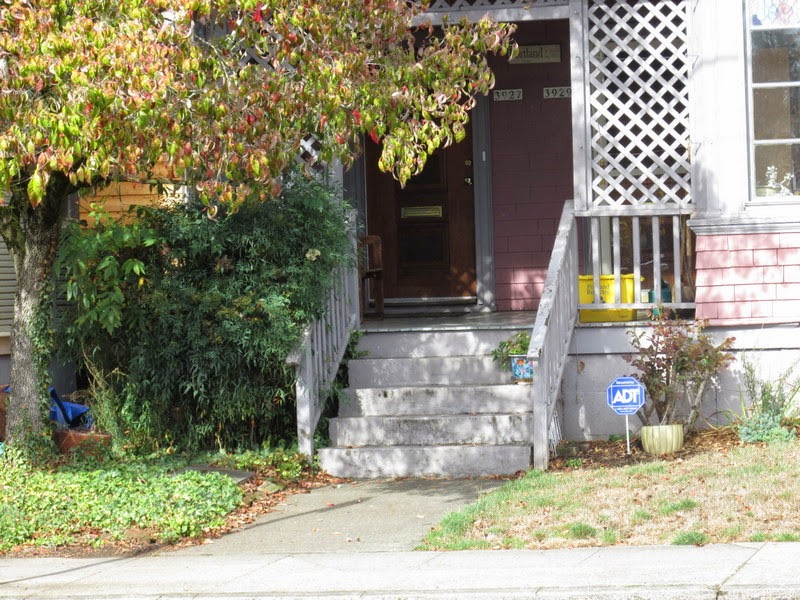 These columns look as though they’ve been renovated at some point. 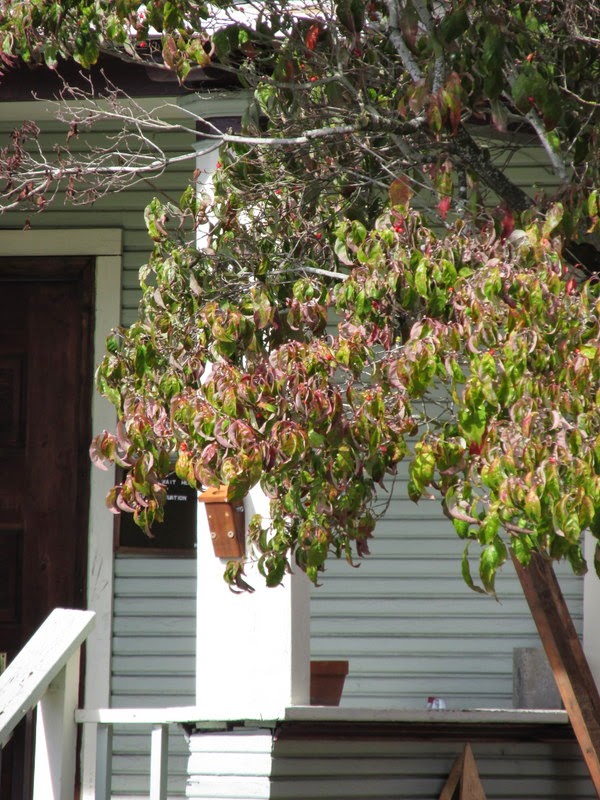 I would bet these are original. 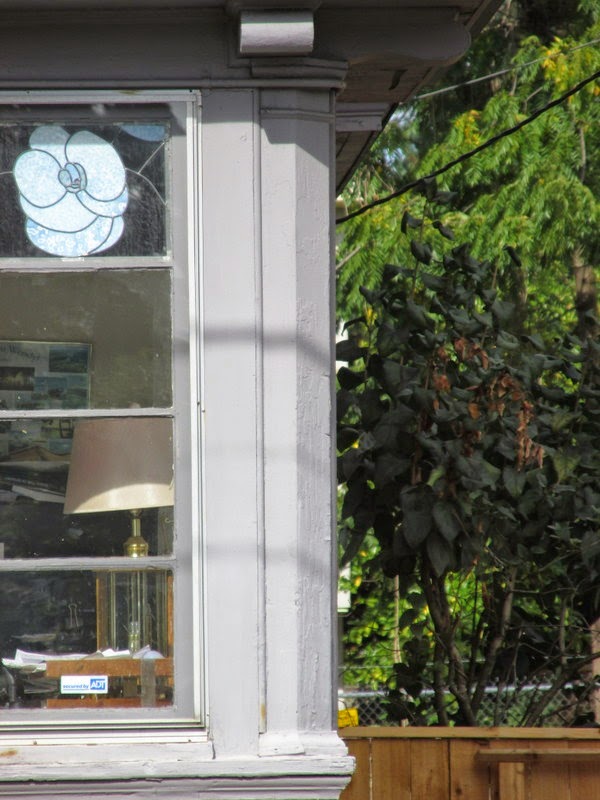