Oh man, the book reviews don’t come until the end of the month, but boy howdy did I fall in love with Gayle Forman’s Just One Day.  When I saw Forman on the panel at Woodstock, the sequel to the book was mentioned as if it was available.  So you can imagine my horror when I looked on the library website and the sequel was not to be found, not even on order.  And then you can imagine my greater horror to realize that the book was not yet available in the bookstores.   Apparently, those on the panel at Wordstock had access to advance readers copies.  Curses!

Luckily, the availability date was a mere three days from the date I finished the first book.  But on that day the book was still in the Powell’s warehouse.  So I marched over and asked them how I could get the book from the warehouse to my own hands and the nice lady arranged for it to be transferred.  She even patiently listened to my story of woe:  finished first book/next book not out yet.  Apparently she hears that tale a lot.  How do I know this?  “I hear that a lot.” she told me.

So it was that a few days later I ran over to Powell’s at 9:00am and picked up my book.  And so it was I began reading the book during my lunch break.  And so it was I finished the book by the evening’s end.  And thus came to pass, that I lent the books out.  And thus came to pass that a lot of teachers at a certain school in which I work also became fans. 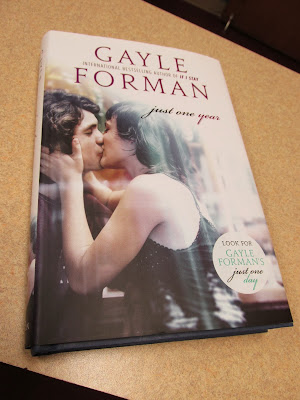 I hate this cover, by the way.  HATE IT. 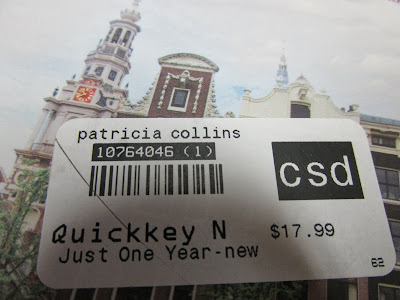 But I do love that the book was so new it didn’t even have a chance to get an official Powell’s sticker on it and instead it has my name.