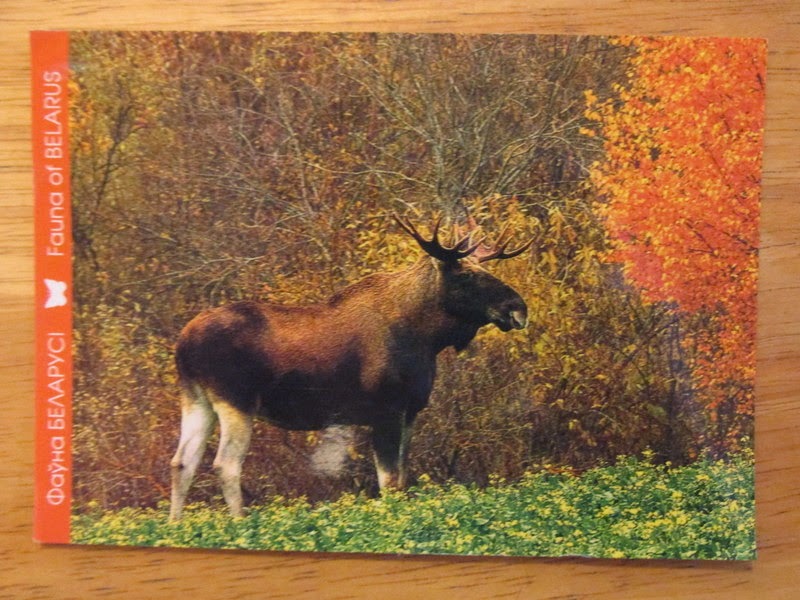 Lyudmila sends me her greetings from Belarus which, according to her is, “an oasis in the heart of Europe.  Not by chance is it called ‘blue-eyed.'”
I just looked on a map to see where Belarus is [postcrossing: improving my shoddy geographical sense one postcard at a time] and I have to quibble with that “heart of Europe” statement.  Of course, that’s because I came of age where Europe ended at the border of the USSR which is, of course, no more.  So in that old mental map, Belarus is very much outside the heart of Europe. Then I looked up a map of Europe and got a EU one.  Even in that map, Belarus is on the very edge and not in Europe (because it’s not an EU member state).  So perhaps that saying is asperational.  I know those former USSR republics mostly didn’t want to be members of said Soviet Empire.
Anyway, Lyudmila is 41 and has a husband and two sons–teenagers.  She says, “I am happy with my family.”

4 thoughts on “Postcard from Belarus”