My Channing Tatum peccadillo is such that I not only bought this issue on the newsstand (actually from the supermarket) but TWO people gave me a copy.  I enjoyed the article, but the photo spread was my favorite part.  And not because it featured Mr. CT, (who I do not find that appealing in static 2-D, he only works for me in moving 2-D, a.k.a. movies) but because it was hilarious.

The cover isn’t too bad, it’s the captions inside that slay me. 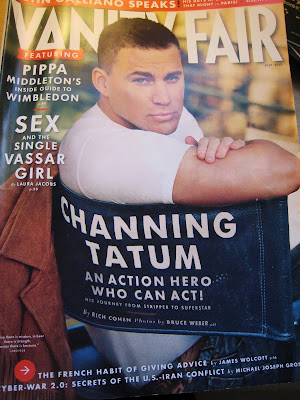 Here we go.  The captions will be big and bold.  My commentary will be normal sized.
Tatum shares soup with a puppy.
This is actually a cute picture, one of his better static 2-D images. He, unlike many men of his era, can carry off a hat.  And I know he likes dogs.  But really?  Who thinks of these things?  “Get me a puppy!  And some soup!” 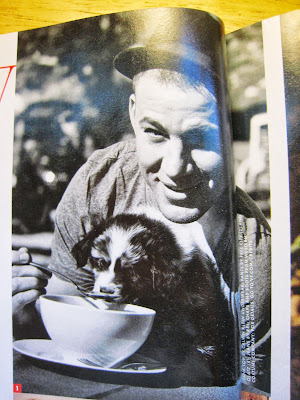 The former male dancer shows off his body.
Ugh.  The sweats!  Has Vanity Fair decided to become the new Seventeen? 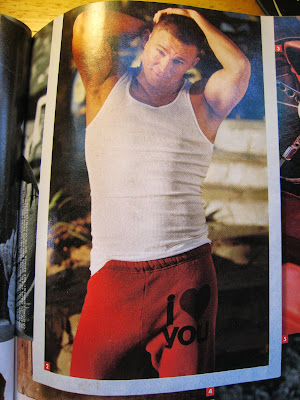 A vintage Mustang.
Um. Okay?  But why? 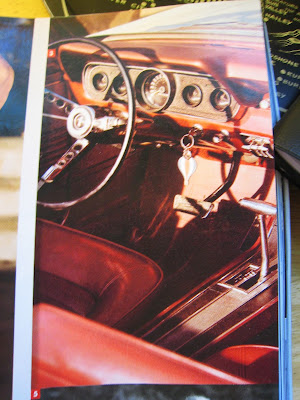 A portrait of the young man as an artist.
Again, why?  Are these things planned ahead of time?  First, we will do the puppy/soup picture, then put you in sweats.  After that!  Step into this sweater and these velour pants and look arty. 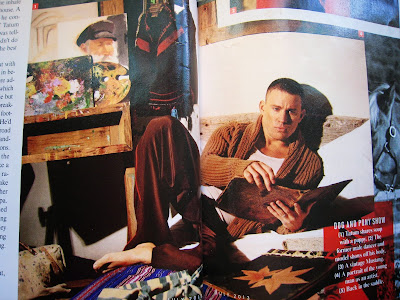 Back in the saddle.
The other problem is that CT has a pretty limited male model look. (Paging Zoolander!) Above, we saw it face on, here he’s looking to the side. 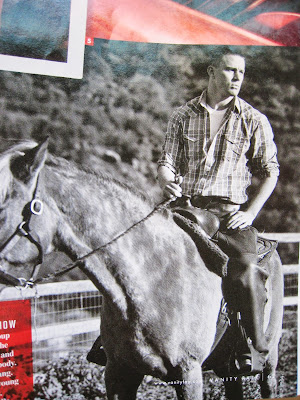 Animal Magnetism
This is the requisite scrotum photo.  Though I actually like this one because he is squint-y smiling. 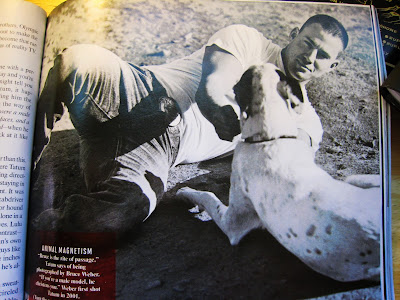 A view from the ranch.
What ranch?  Where does this ranch come in? It is not mentioned in the article.  And why waste a picture on a forgettable “ranch” view when you could be showing your public more CT? 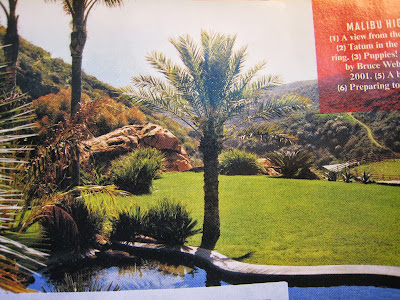 Tatum in the riding ring.
Here we get his model look from the other side.  And learn that the shirt above, in the black and white photo, is blue.  And the “Marsha, Marsha, Marsha” part of me needs to point out that he’s not actually IN the riding ring, but standing right outside. 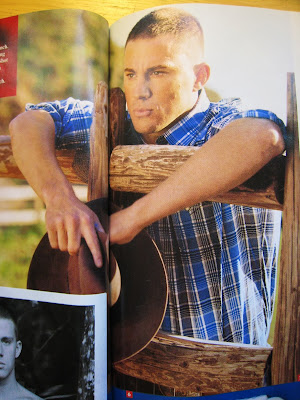 Puppies!
Yes, that is really the caption.  With the exclamation point.  Again, is this Vanity Fair or Seventeen? 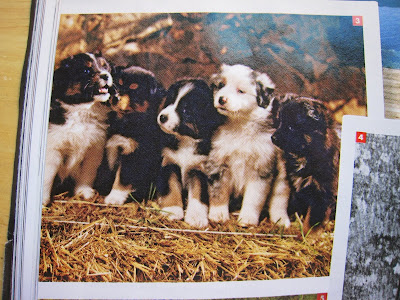 Shot by Bruce Weber in 2001.
“Oh my god, is that his pubic hair?” Matt said, as I was walking him through the photo spread.  Hmmm.  It is.  And I hadn’t really noticed, either.  This picture was taken four years before he would appear in Coach Carter and five years before A Guide to Recognizing Your Saints, when an astute reviewer would comment that “the camera doesn’t just love him, it wants to marry him, settle down and have his babies.” Yep-per. 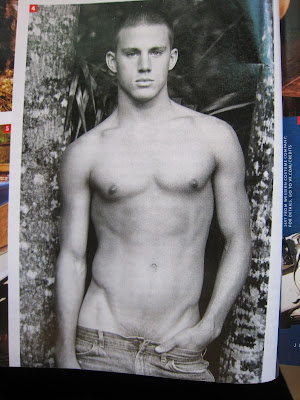 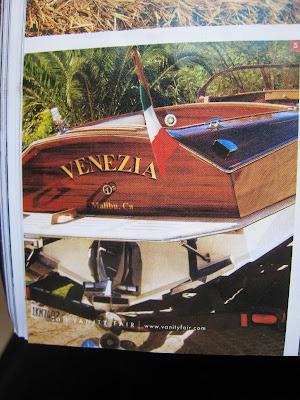 Preparing to Launch
I sort of get this one, as the gist of the article is that Channing Tatum is big, but Channing Tatum himself seems to think he could be even bigger.  And I guess he’s willing to step into an astronaut suit for a cheesy photo shoot. 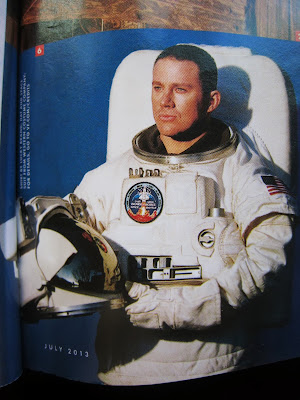 I mean really Vanity Fair?  This was the best you could do?

One thought on “The CT picture spread in VF”