Kelly and I arrived at the park in Vancouver, Washington ready to see the Lorax.  We were early so we claimed a seat in the front and got to witness the trouble with the inflatable movie screen.

The wind was a problem.  It wasn’t big and gusty, just a persistent blowing that blew that screen right over.  They tried to raise it a few times and then called for backup in the form of stakes. 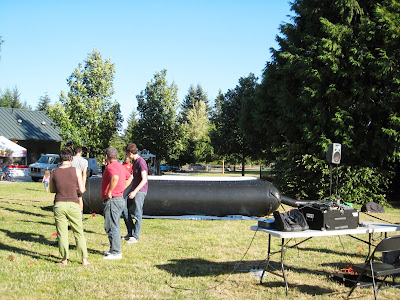 When the stakes arrived, up it went again. 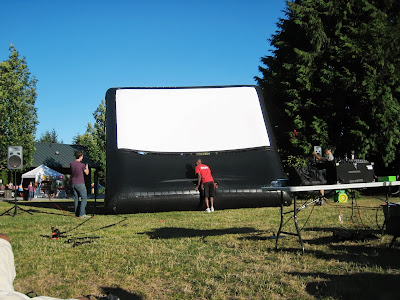 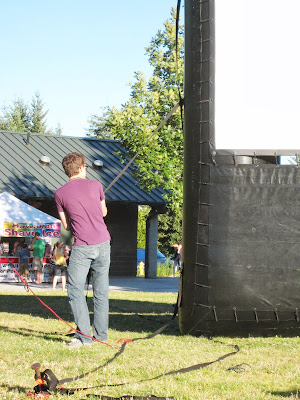 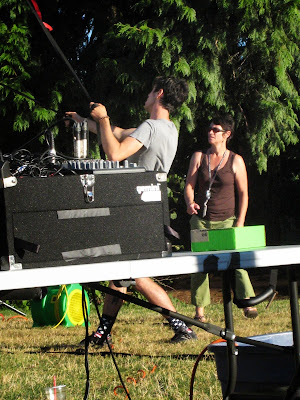 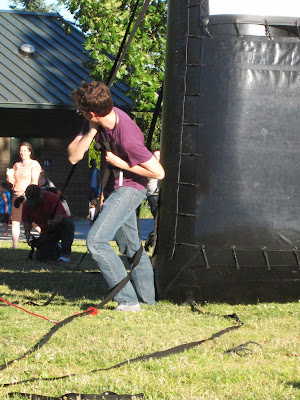 And stood patiently while stakes were pounded into the ground. 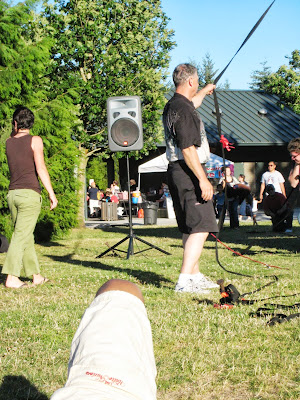 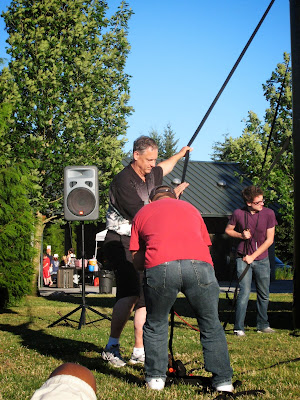 Some support?  Or just looking busy while chatting? 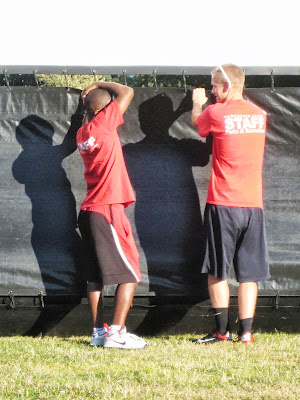 There was a lot of standing and waiting. 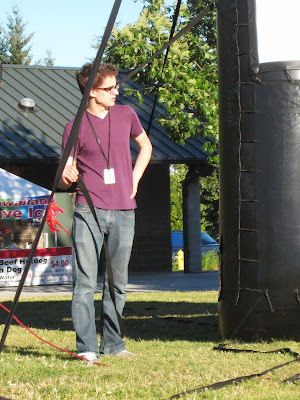 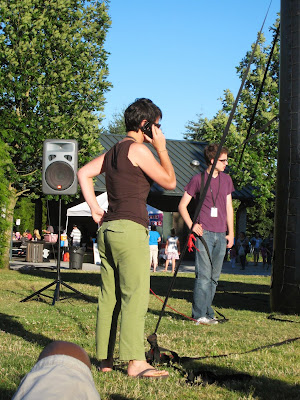 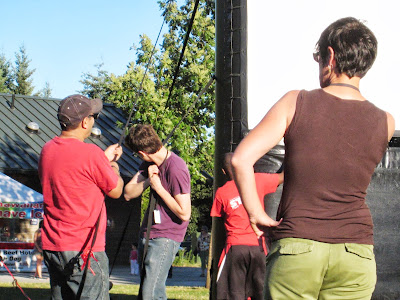 The mom said, “Okay 1-2-3 open your eyes” and the kids eyes flashed open for a second while she snapped the picture. 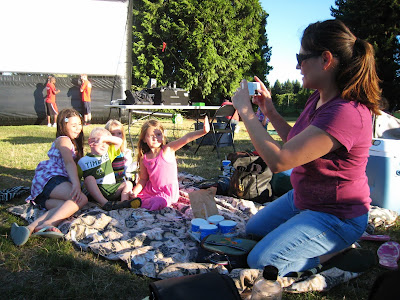 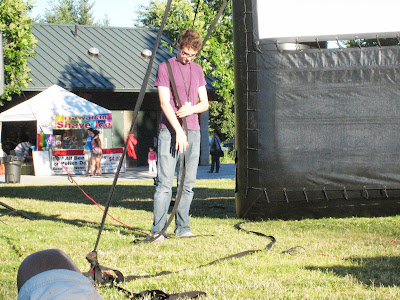 But that waiting ends eventually. 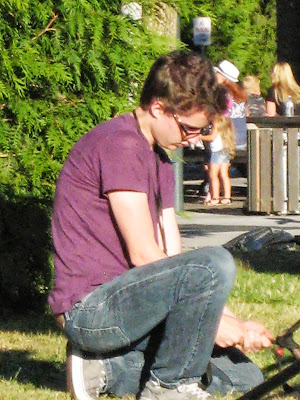 A band of caution tape to keep everyone safe. 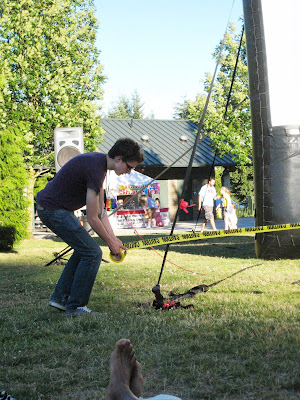 And a tie off. 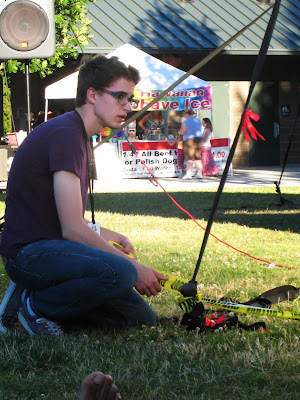 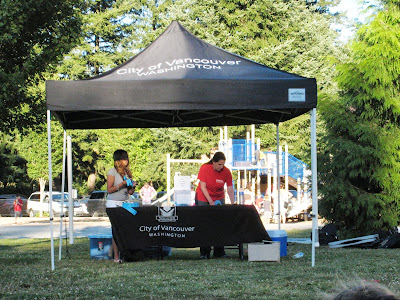 An announcement about how it will all work. 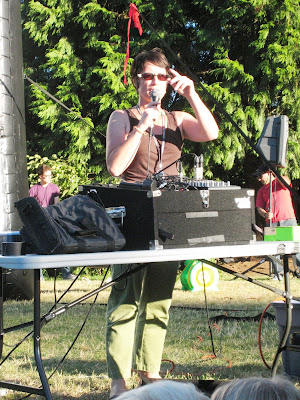 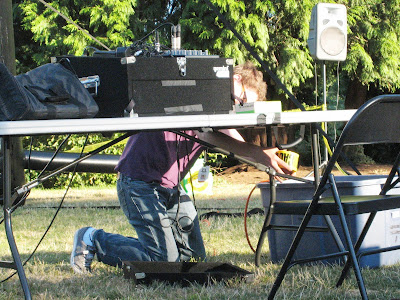 These were darling.  This outing marks the first time I’ve seen the fold-y chairs with sun shades. 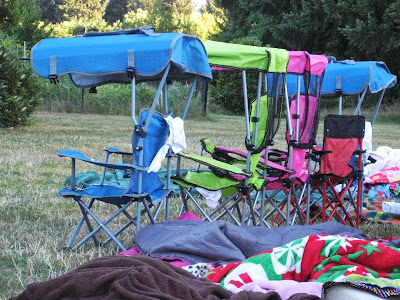 All that hard work means kinks in the back.  Luckily, someone can do something about that. 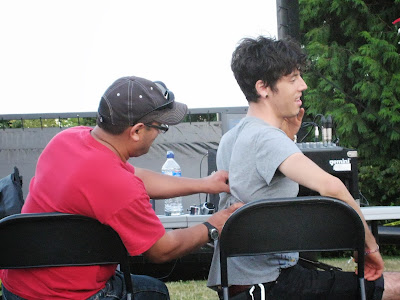 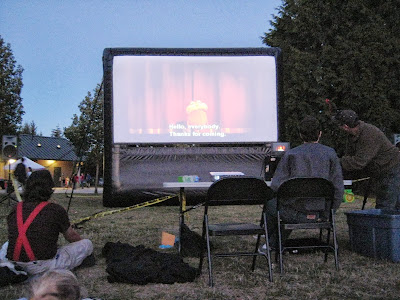 One thought on “The Lorax Setup.”