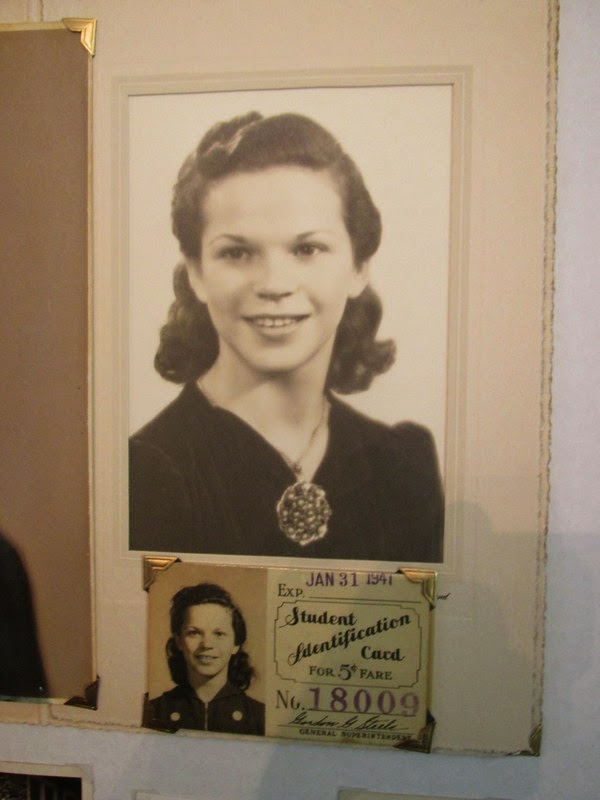 Here are the 15 Whitmore children and their parents.  My grandmother, Helen, is third from the left.
(Update!  According to my mother, this was a celebration for my grandmother’s 40th birthday. See her comment below.) 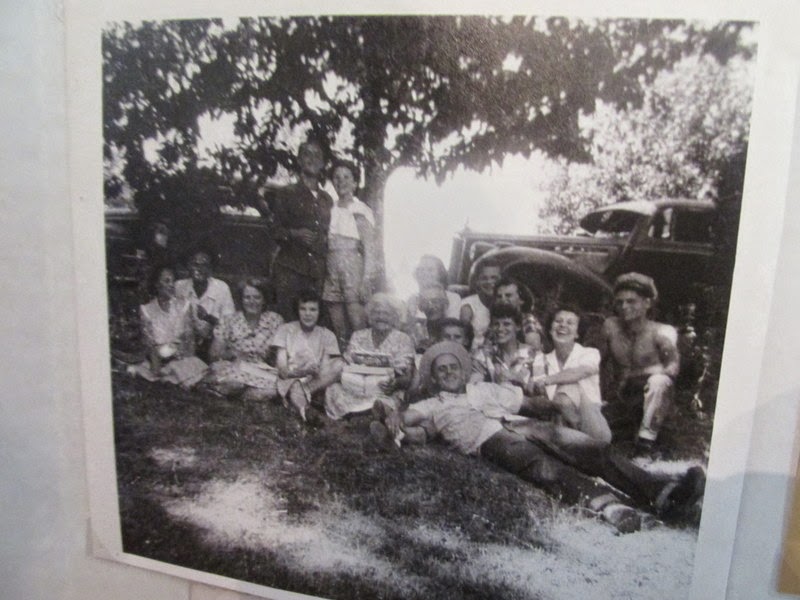 I love the fact that she still had her War Ration Book (I’ve never seen one before,) but I love even more that she was 4 feet 11 inches and 98 pounds.  I looked up the house address too.  It’s still there. 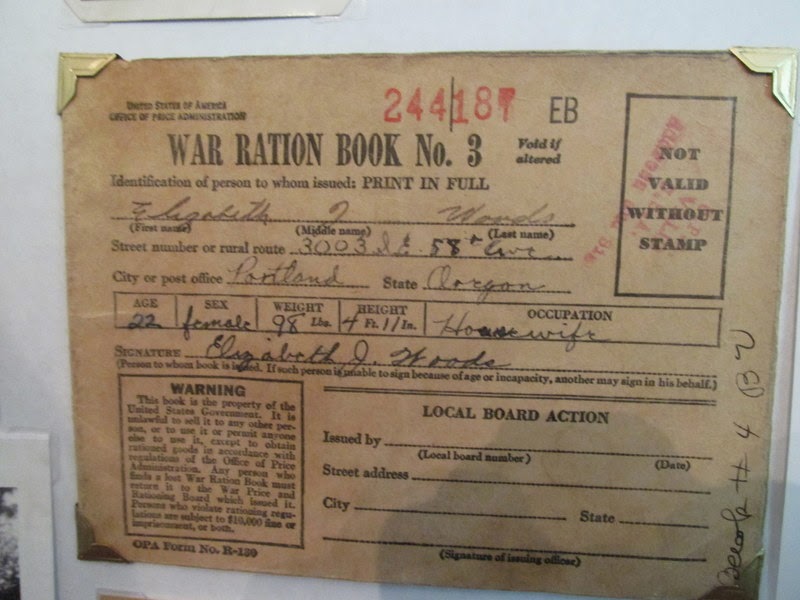 When you have 15 children, it’s not hard for gatherings to get this big.  My copy is blurry, but I think that’s my grandfather George second from the right, standing next to my Great-Grandmother.  My grandma is in the first standing row, six (!) from the left.  She’s wearing a dark colored dress. 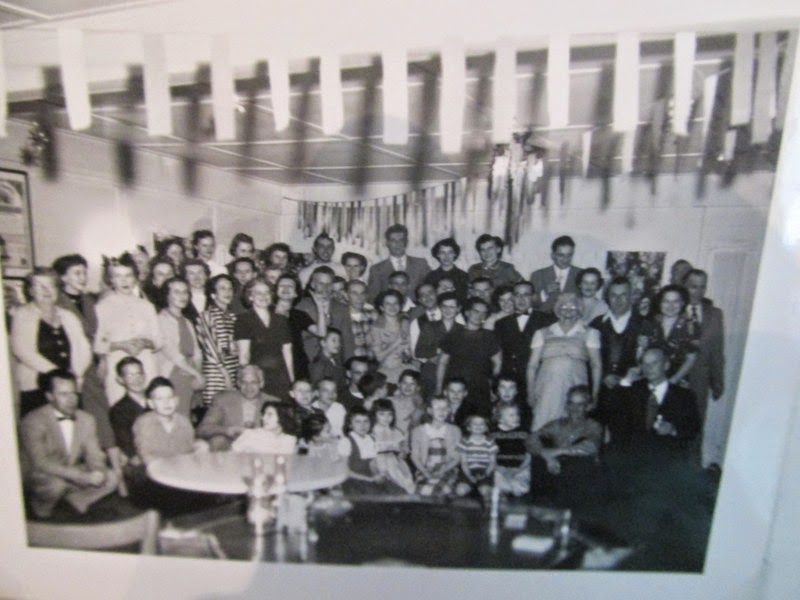 More of the 15.  Not so well composed, as some of them are hidden. 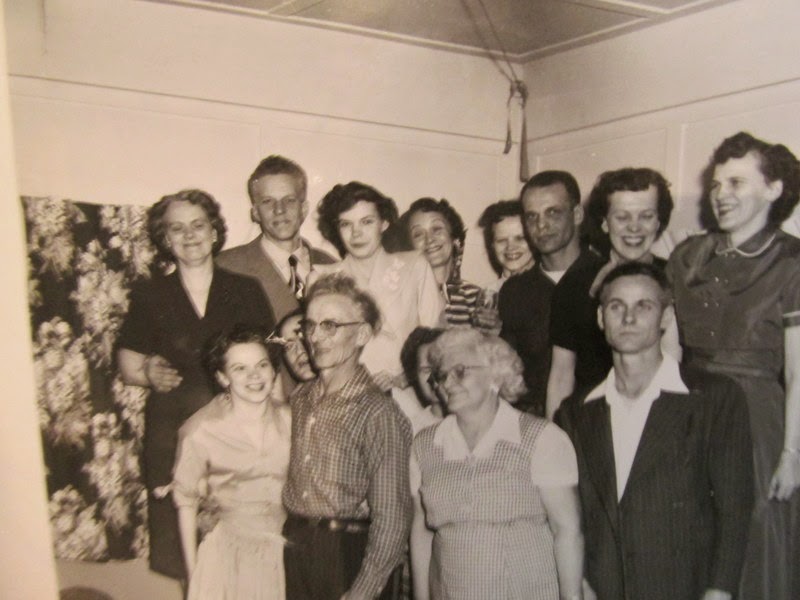 This is a really fabulous photo of Aunt Betty. 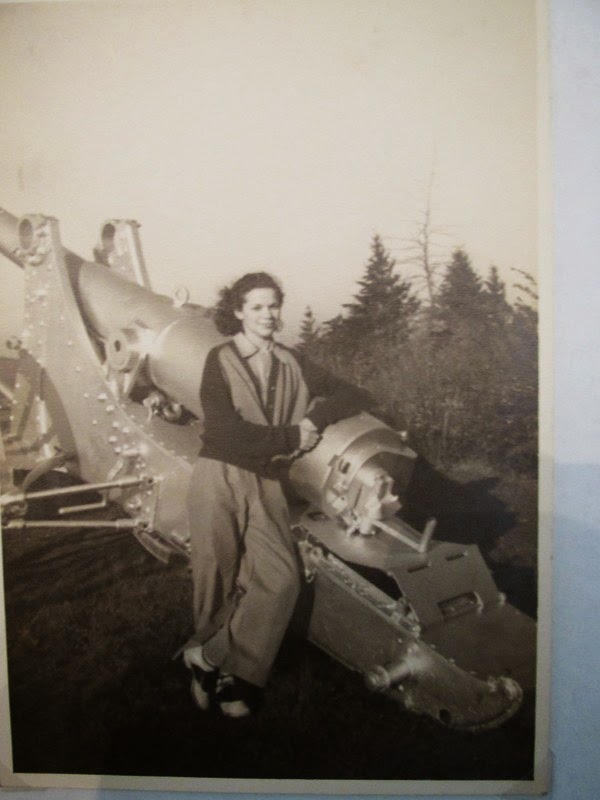 As is this.  That’s Aunt Joanne standing next to Aunt Betty.
(Update!  The problem with having 14 great aunts and uncles is you might have trouble with their names.  Mom says this is Aunt Margaret, not Aunt Joanne.) 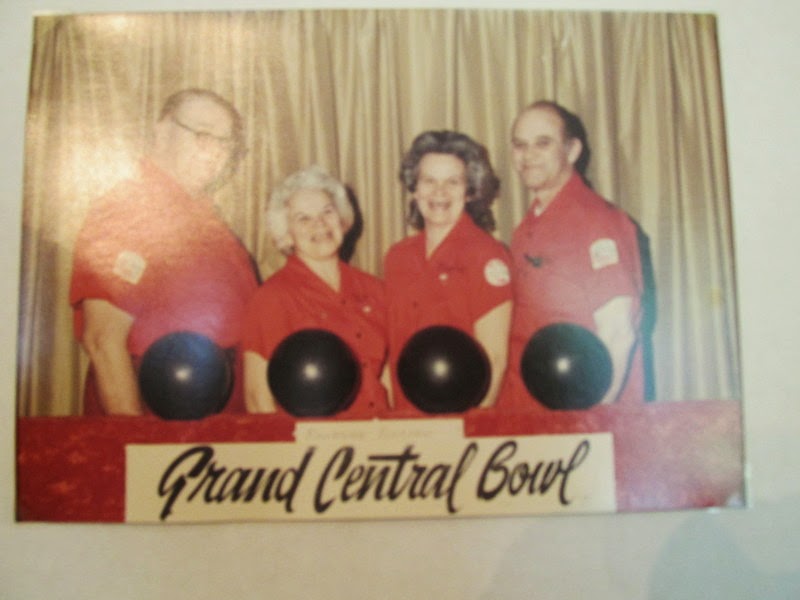 This is a picture of my grandmother and grandfather I’ve never seen before. I particularly love my grandmother’s coat, which I’m willing to bet she made. 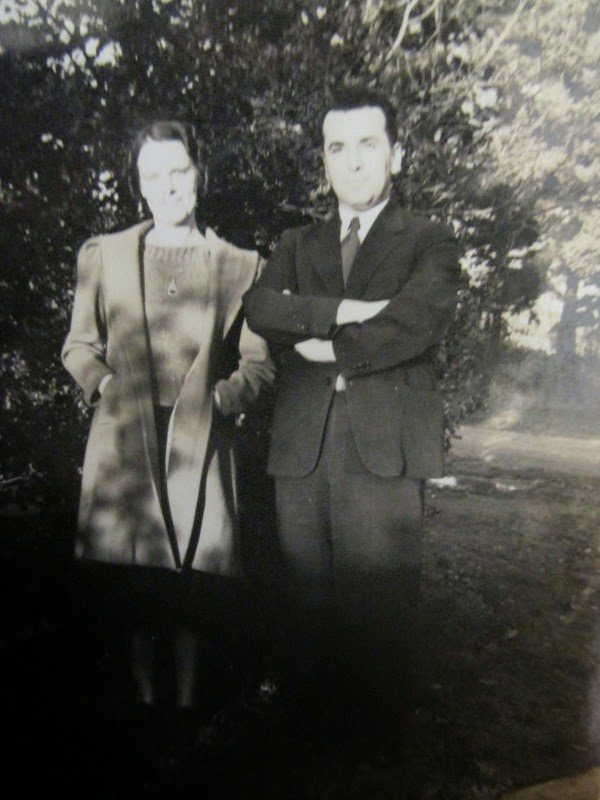 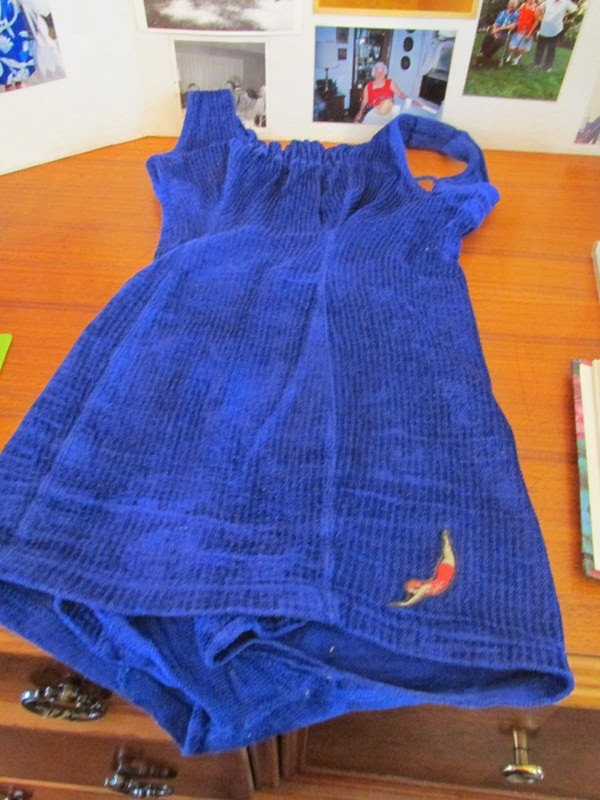 This is the shirt Aunt Betty is wearing in a really fun photo of (nearly) all the Whitmore girls.  I’ve looked at that picture for years as it’s in my Aunt’s kitchen, so it was funny to see the shirt neatly folded among the memorabilia. 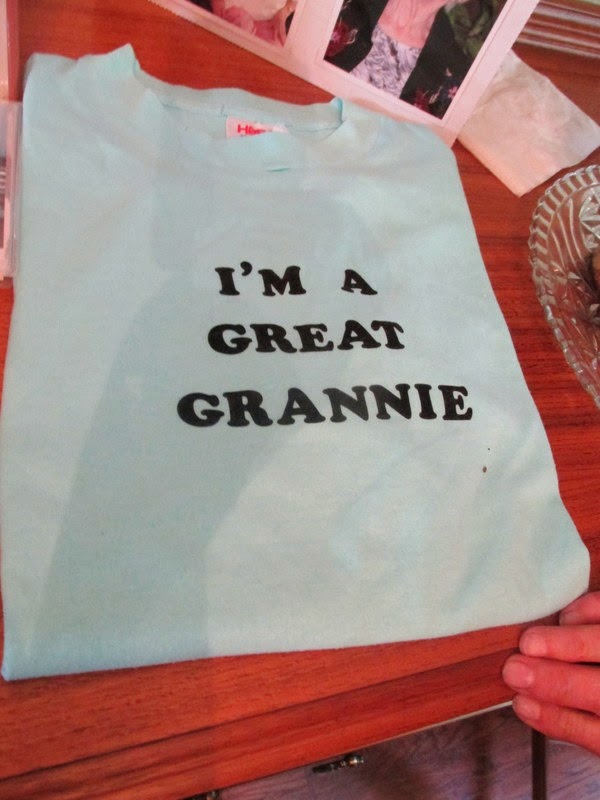 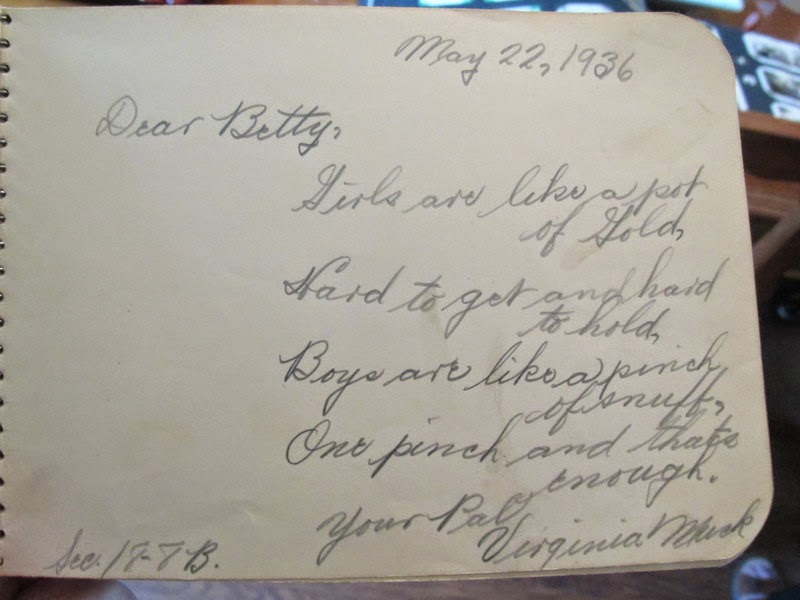 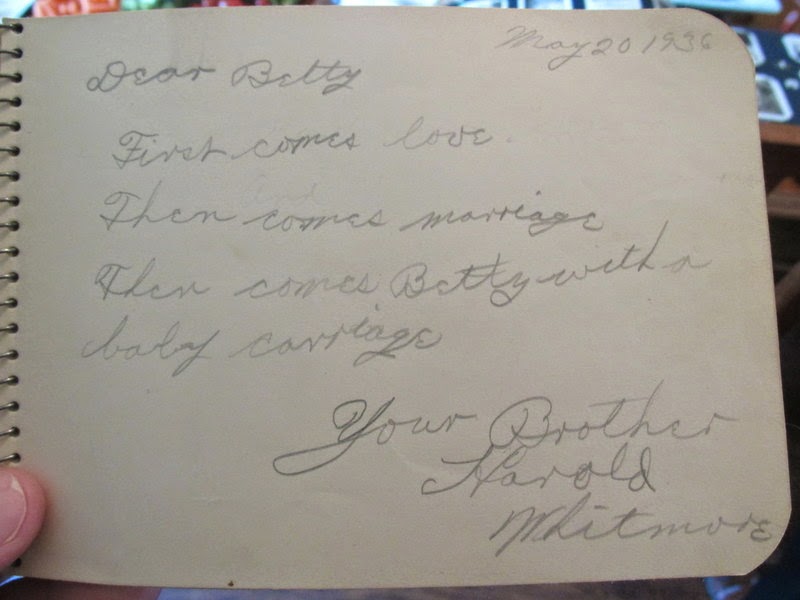 My grandfather!  I was surprised to see him in this book because it was from 1936 and I didn’t realize he was around then. My grandparents didn’t marry until 1941. 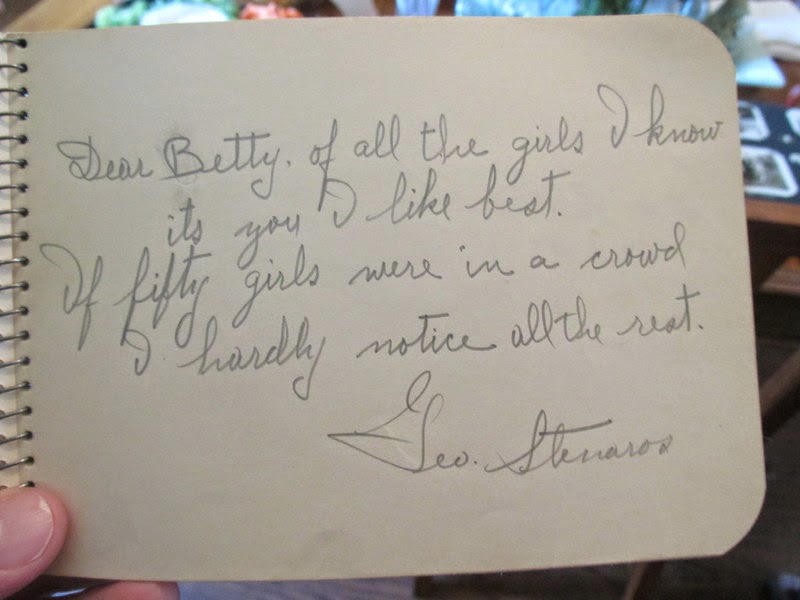 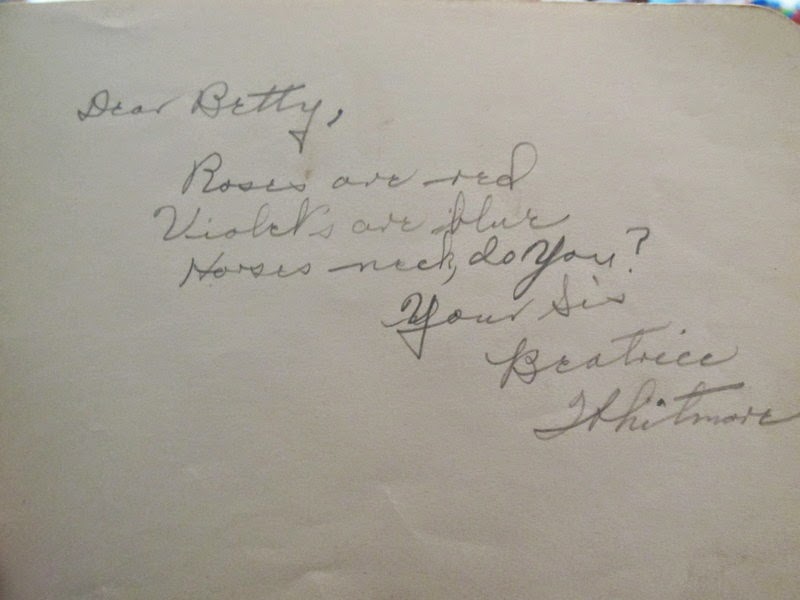 Aunt Mary.  (Who is amusingly wicked in her entry) 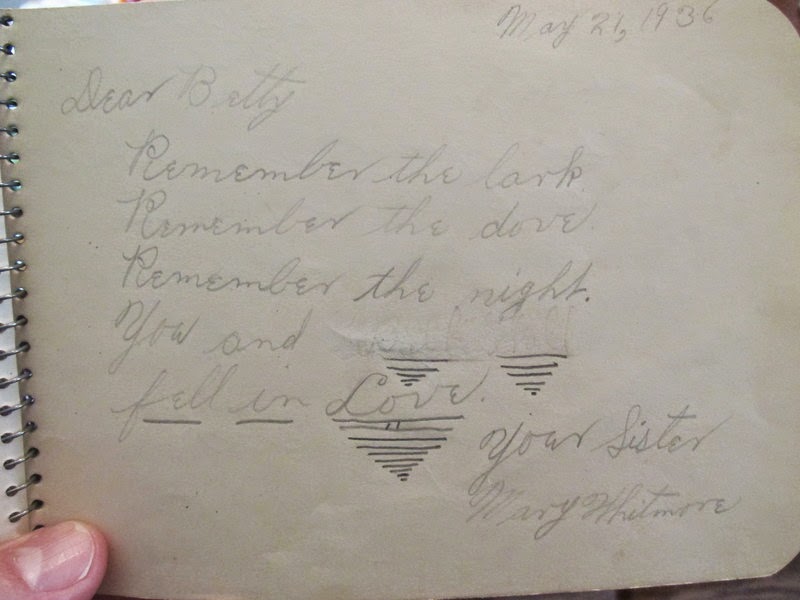 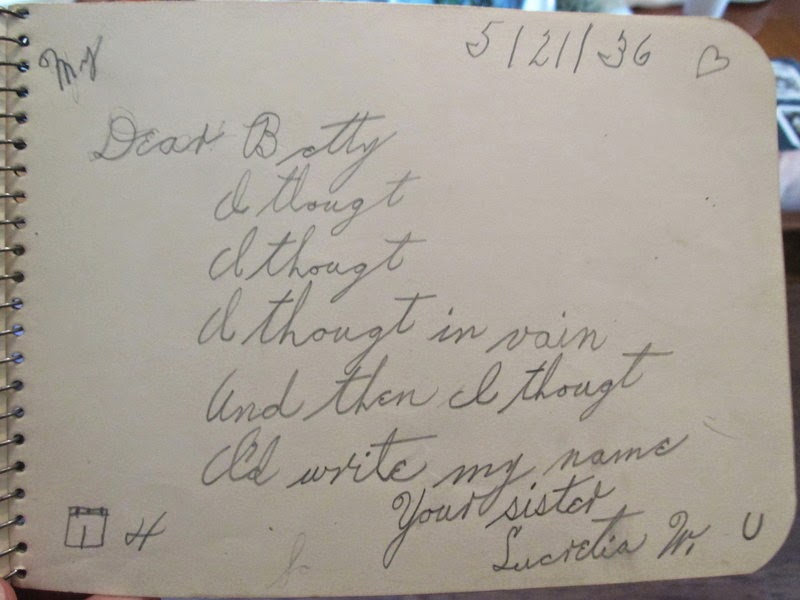 Because Aunt Betty loved ice cream, there was an ice cream shop. 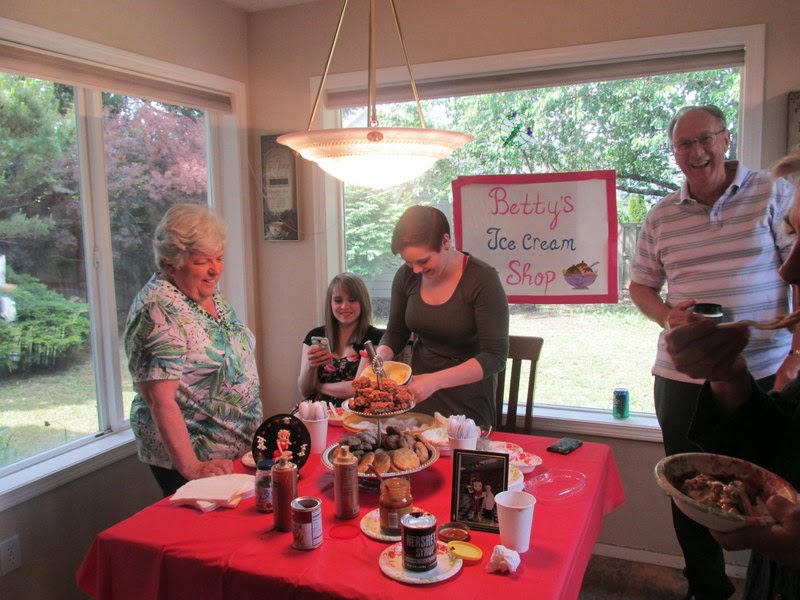 This is Uncle Jack, who was married to Aunt Lucretia (the one from the autograph book). 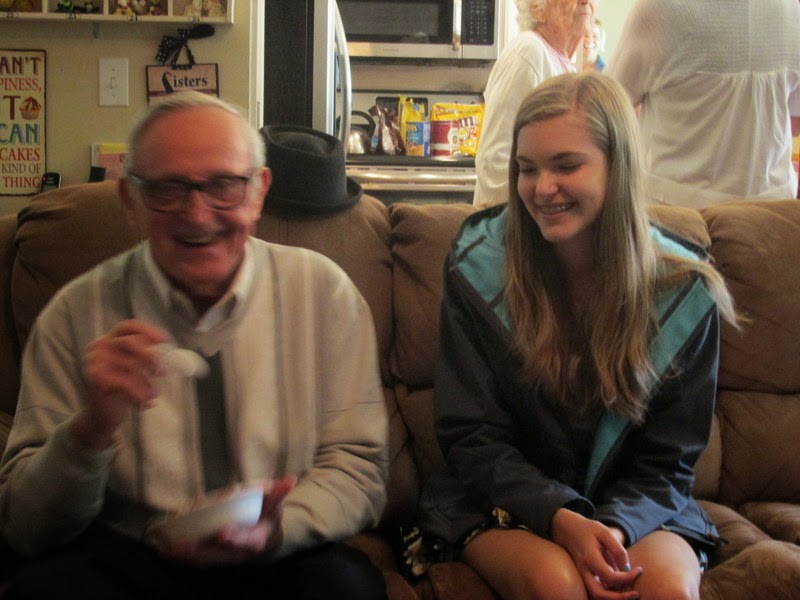 Aunt Virginia (married to Uncle Harold), Aunt Janet (who was stubbornly looking away from the camera) Aunt Joanne, Aunt Mary. 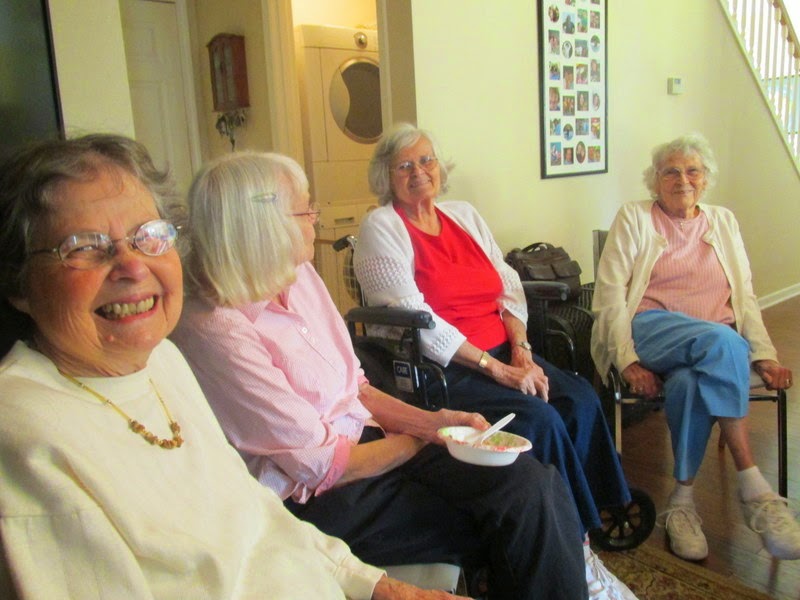 I waited around until Aunt Janet didn’t notice me taking the picture. 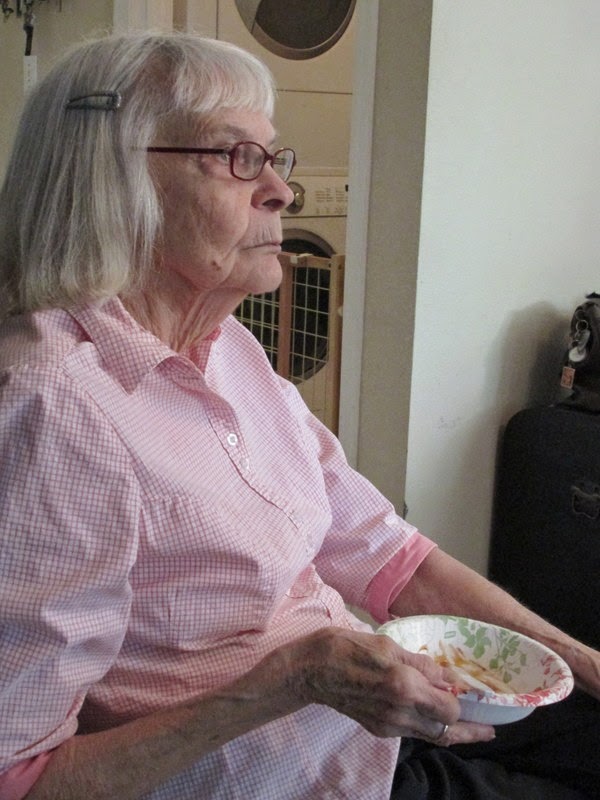 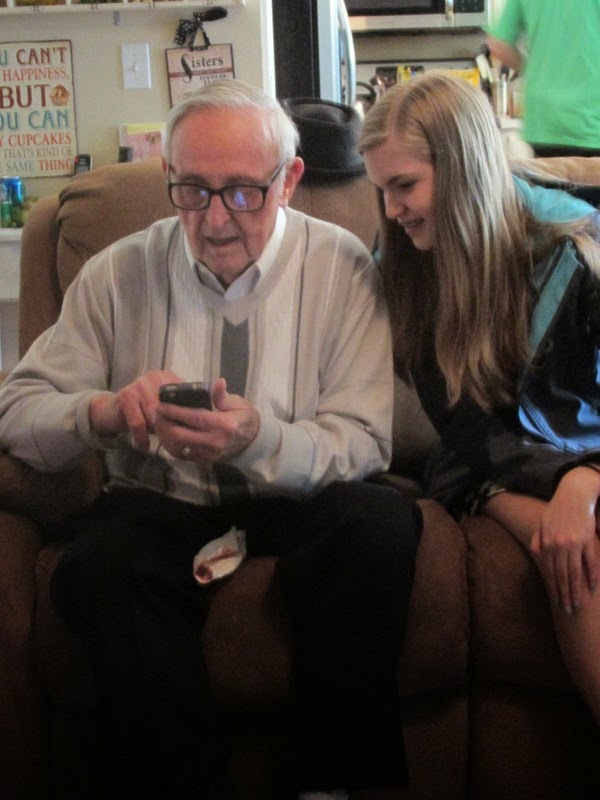 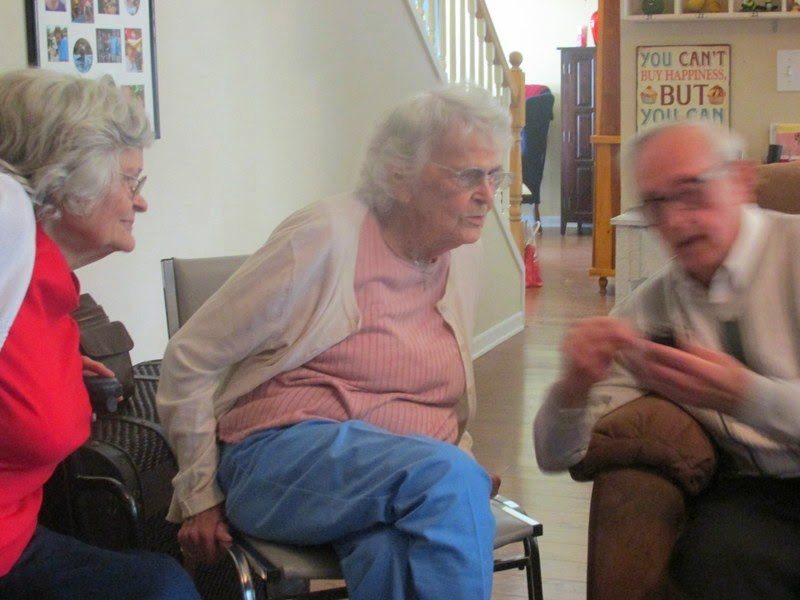 A nice poem about the Whitmore Family. 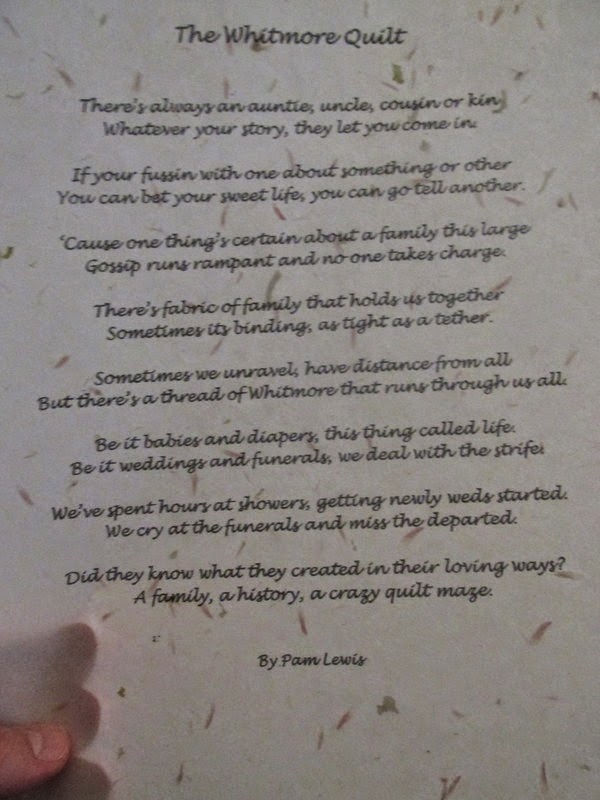