I’ll make it fit!  The kitties are observing my packing from a calm position, having no idea I will soon trap them in their carriers and drag them over to my Aunt’s house. 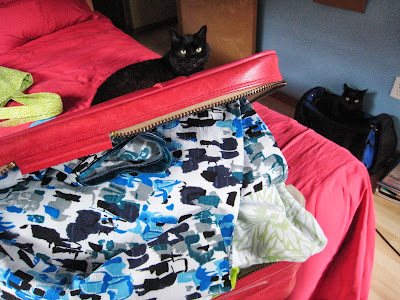 On the way home from dropping off the cats, I stopped by my mom’s and got an important item for the drive to Boise:  Kenny Roger’s 20 Greatest Hits.  That was the tape (it was a tape then) that my mother played every single time we made the drive. And 20 songs last a very long time on the road. 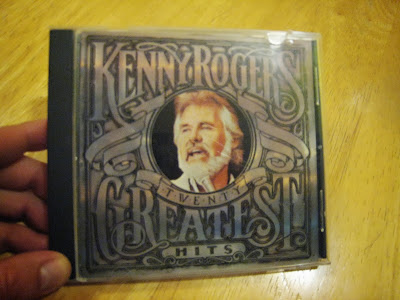 Note from the future.  I played it and I can report that the word “greatest” is perhaps a bit overstated.  Maybe they should have stopped at 10 greatest hits.  The “Scarlett Fever” song was particularly hideous.  But I did get to sing along to “Lucile,” “The Gambler,” “Ruben James,” and “The Coward of the County.” So who cares if I skipped the last three songs on the disk?