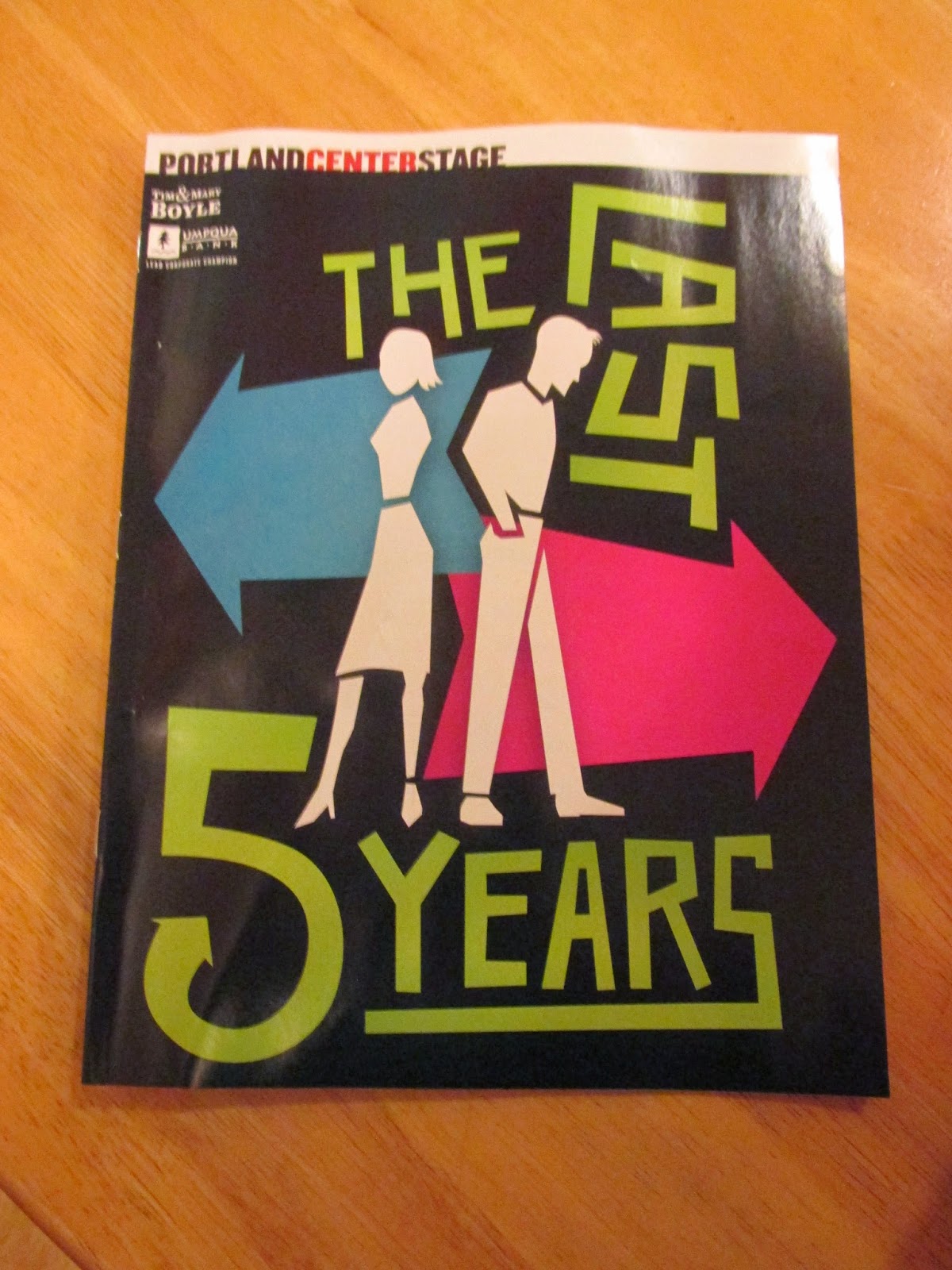 I bought my first rush ticket to see this two-person musical about the beginning, middle and end of a relationship.  The musical begins from the woman’s perspective as the relationship is ending, and from the man’s as the relationship is beginning.  They cross in the middle and by the end of the play, the woman is at the beginning of the relationship and the man at the end.
My rush ticket cost $20.00 and I highly recommend stopping by Portland Center Stage and asking how the process works, if you aren’t familiar.  They were very nice.
Also, this musical will be a movie soon.  It comes out later this year.