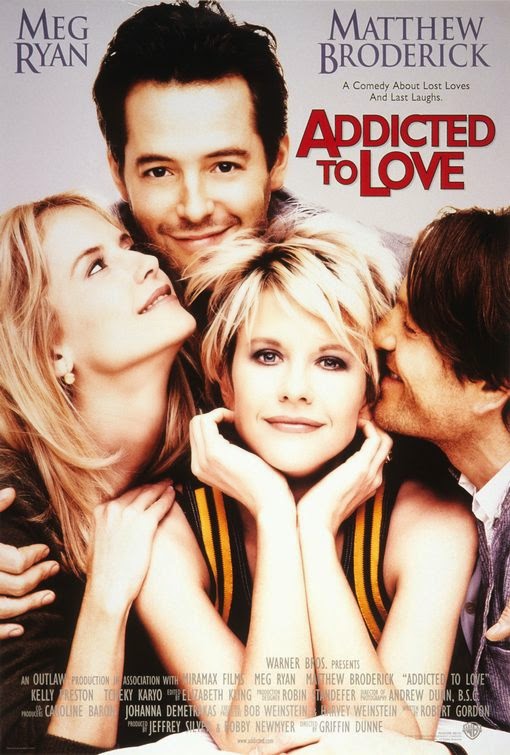 This movie was bizarre, mostly because the main characters were doing really horrible things* that in real life you would be suing if you found out someone was doing to you.  So I guess good that they found each other, freaky weirdos.  Also, as a side note, for years I’ve seen this cover and guessed that Meg Ryan was a cheerleader, based on the tank top she’s wearing on the cover.**

Cost:  free from library
Where watched: at home

*Spying on ex-partners, bugging the apartment, plotting to break them up.  Though the camera obscura did lend a nice touch to their stalking.
**Spoiler alert, she’s not.  It’s just a very cheerlead-y looking top.