I got up early for a walk in the snow.  Here’s the view from just down the road.  As you can see, there have been few cars, a few people and one bike out and about before me. 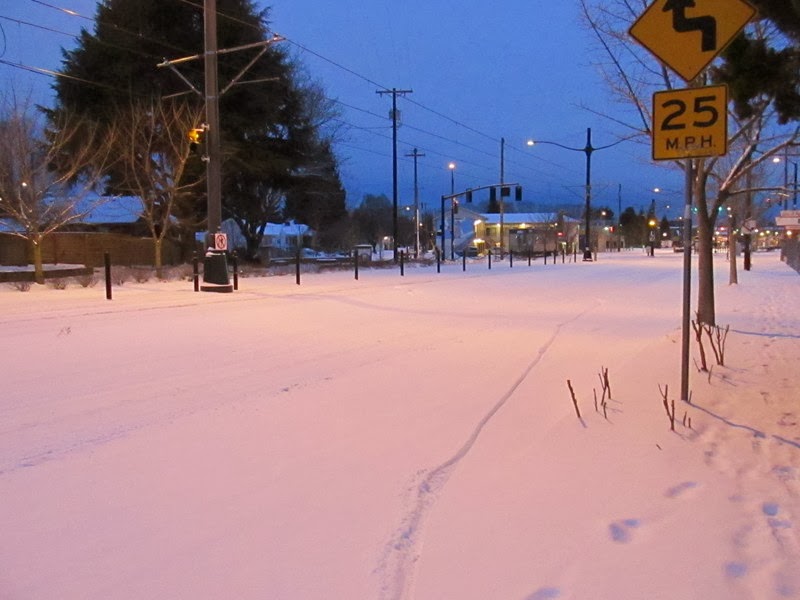 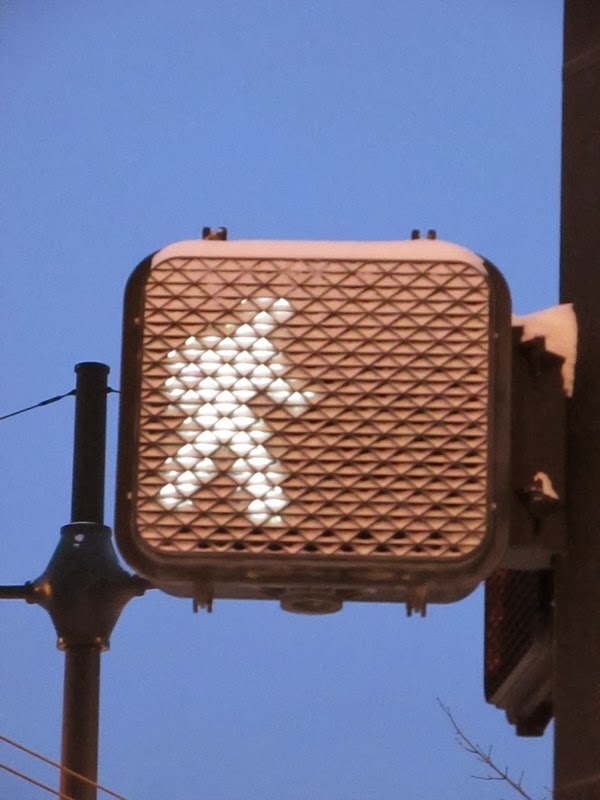 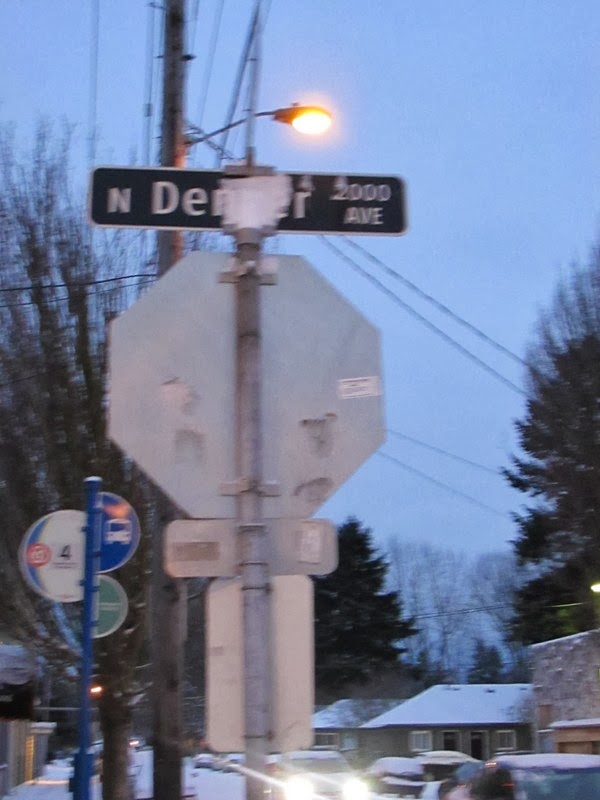 I think that no one will want this couch. 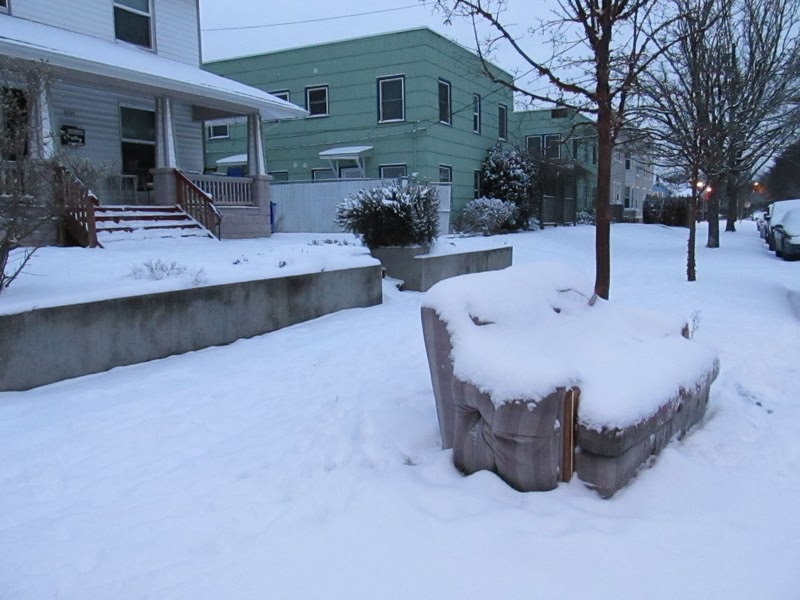 A rare sight in Portland!  A shoveled walk! 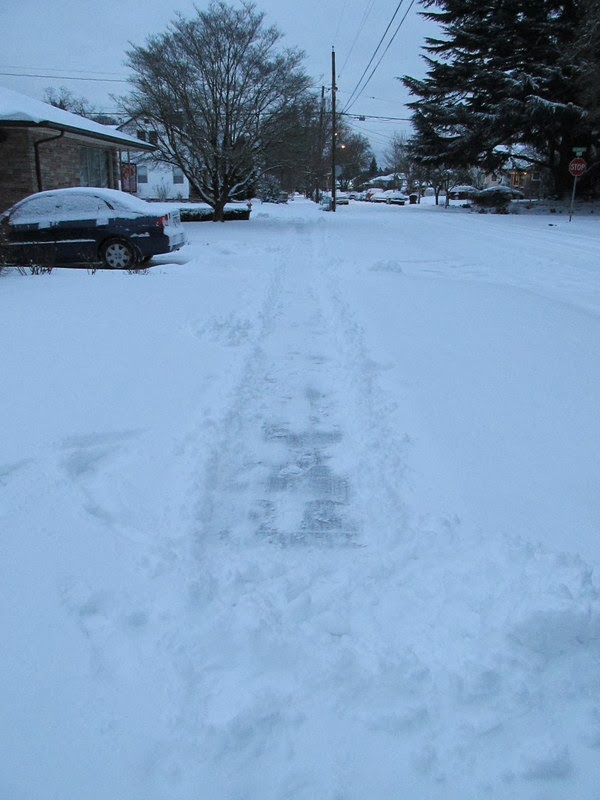 Portlenders are very good at hunkering down in the snow.  We’re stalwart through the worst driving rain, but everyone just gives up at the first sight of a flake.  Example:  it’s 7:15 in the morning and I was the first person to walk on this stretch of sidewalk. 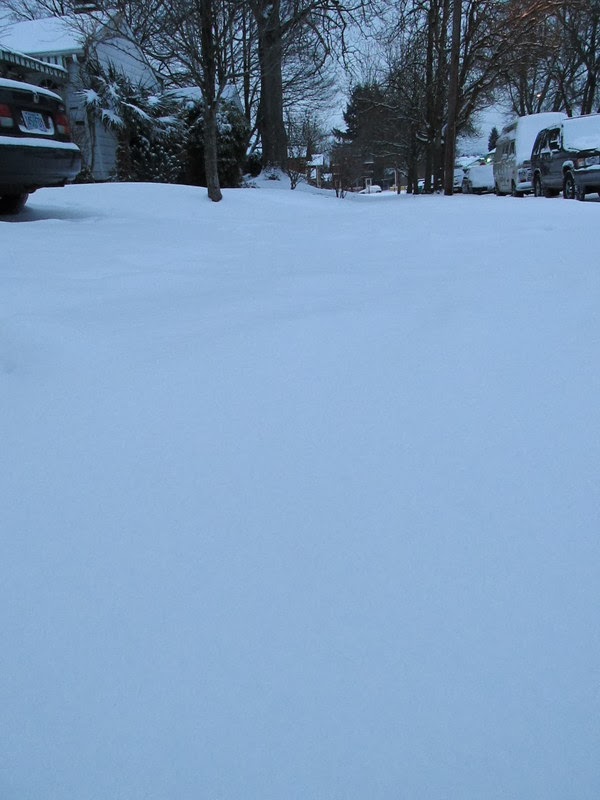 It was a blowing snow, so there were some fun shapes. 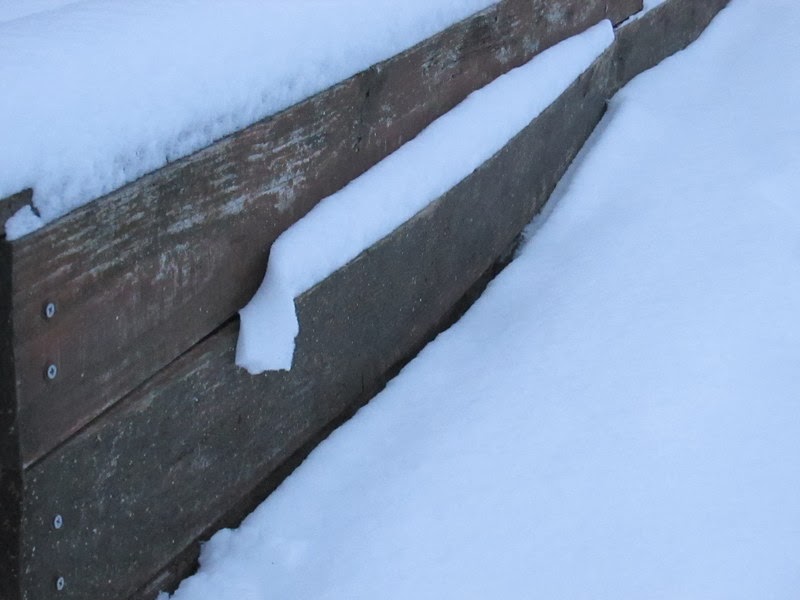 I shoveled my walk, though.  When shoveling happens only every few years, it’s quite fun. 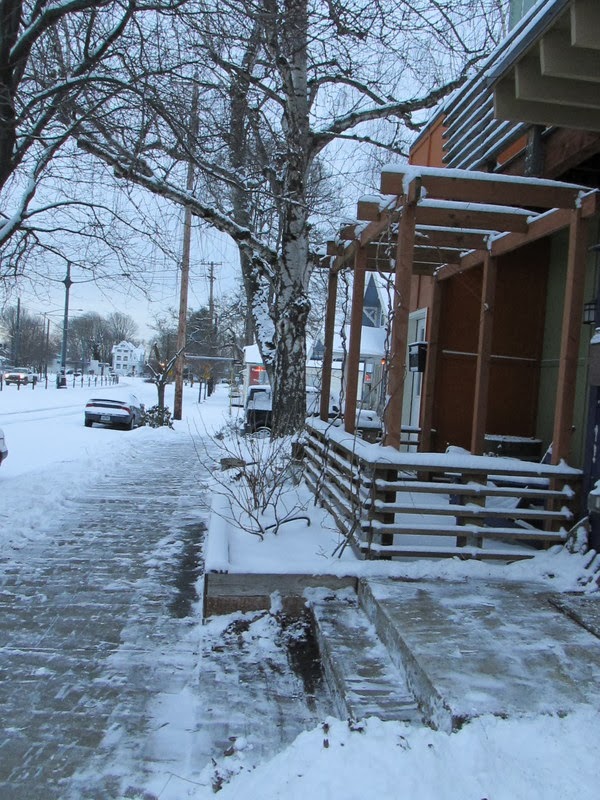 I set out later for another walk.  Here I cut through a pristine alley.  But you notice a bike has been here before me. 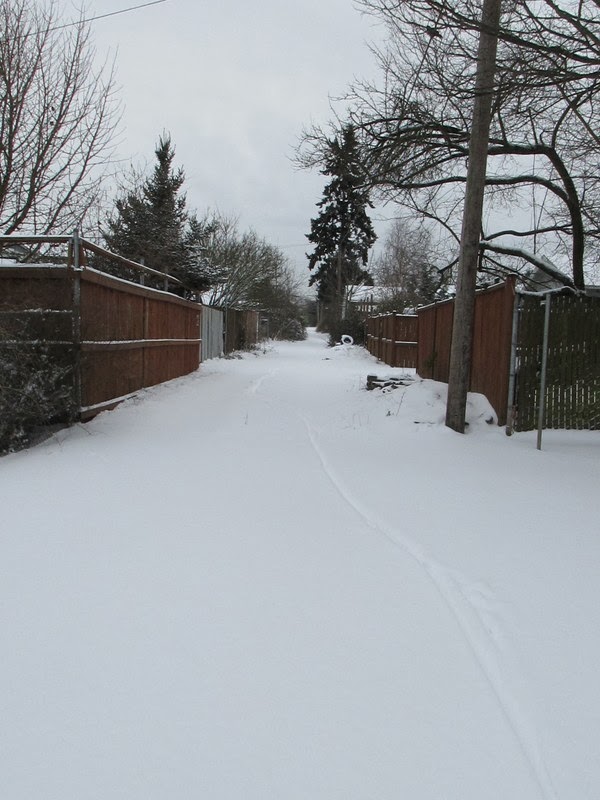 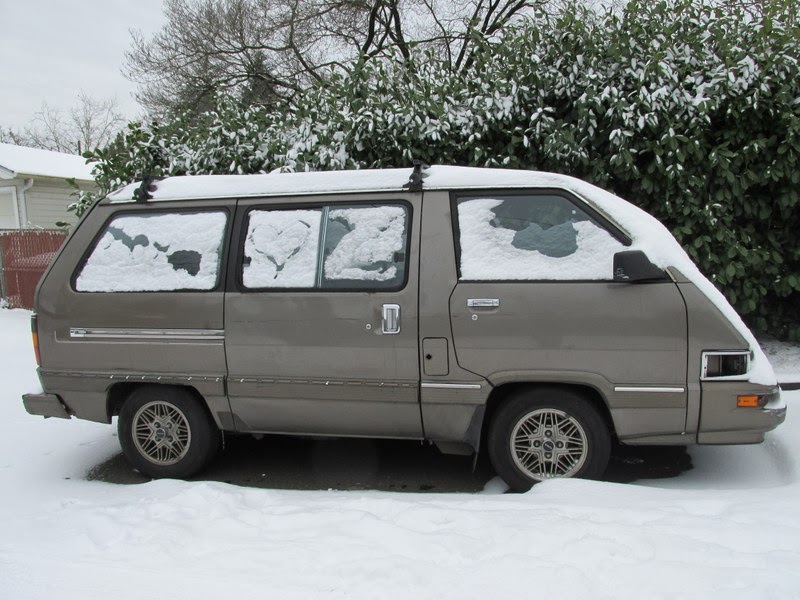 A bit of snow graffiti.  This was sweet graffiti.  My friend captured a picture of a car where someone had written “PENIS” and another passerby had amended the word to “DENTIST” 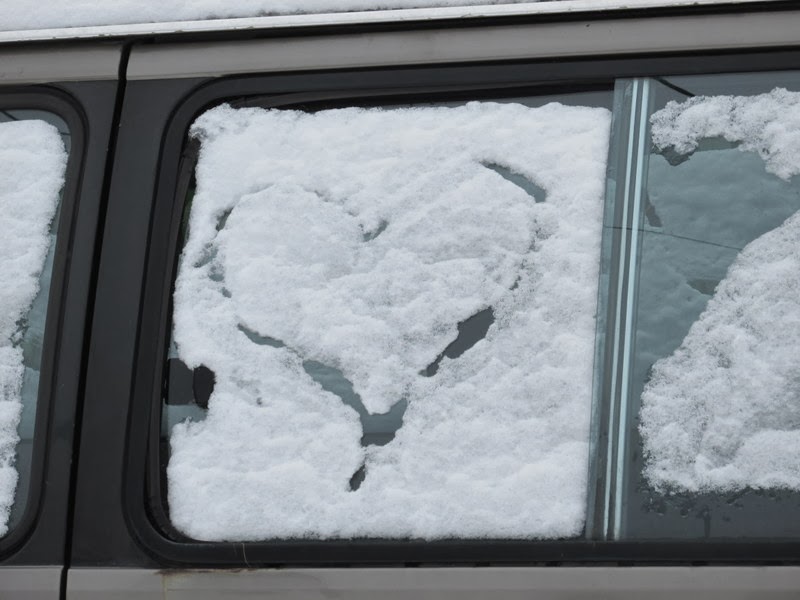 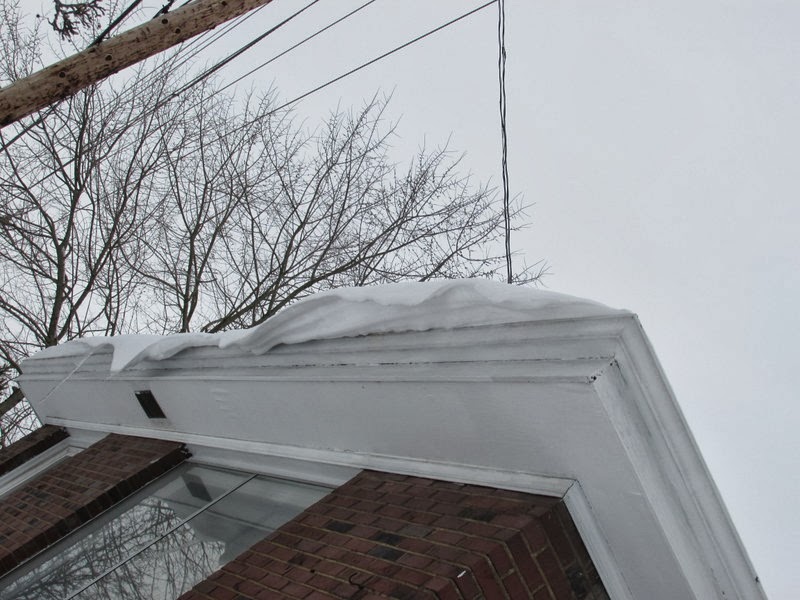 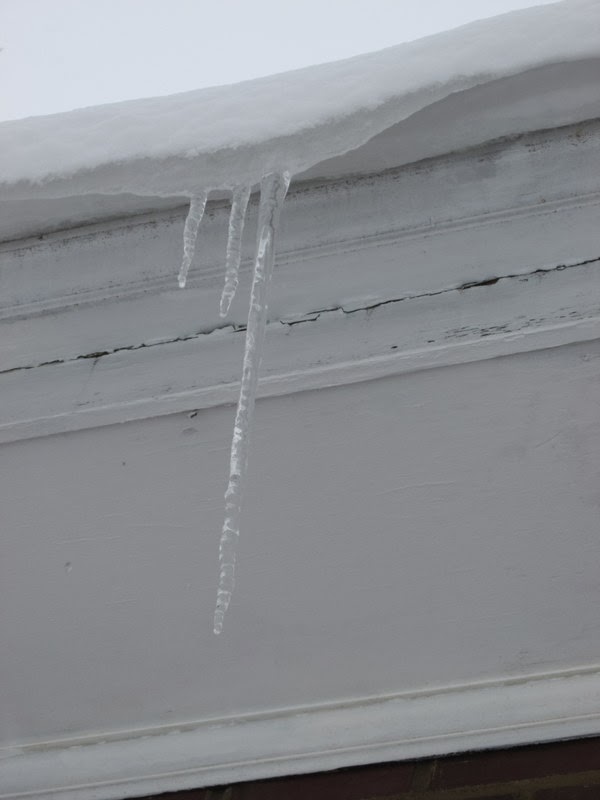 2 thoughts on “Walking in the snow.”