Oh beautiful camera, you are not fixable.  And this is a sad thing, because you have been my constant companion for the last six years. 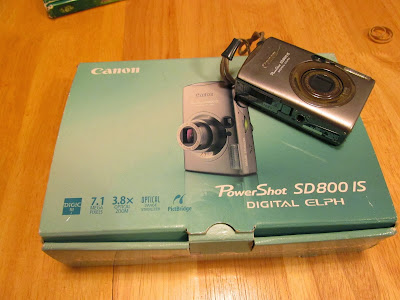 I resisted getting a digital camera for a very long time.  I had always enjoyed film photography, though I enjoyed it less once everyone else was suddenly carrying around a camera.  Back in the day of print film, only the dorky film people with the big cameras could take the really good pictures.  I liked being one of those people. 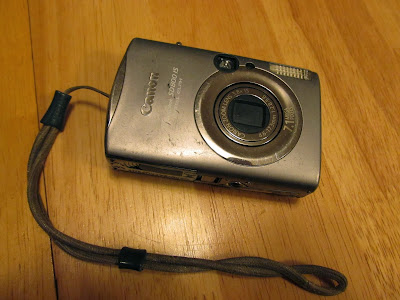 But a strange thing happened when I got you, darling camera.  You were so small that I could carry you anywhere.  I never had to decide if I was going to bring the camera along because you were so small that you just came with me everywhere.  And, unlike all the small film cameras, you actually took good pictures. 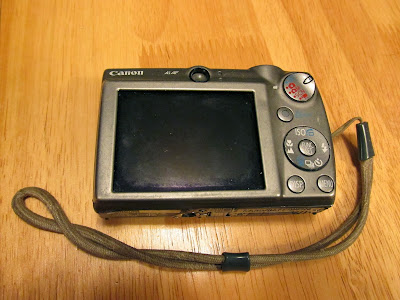 And with the whole blog thing happening, and I had somewhere to put all those pictures I was taking aside from a drawer in my dresser.  So we spent our years together, until that dreadful day when I dropped you and you split open. 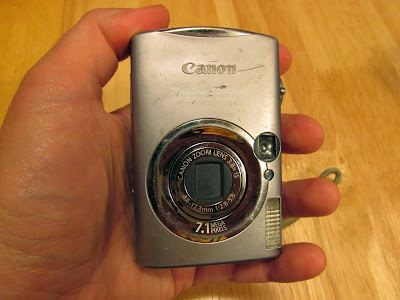 The loyal part of me wants to repair you, but the sensible part won out.  For less than the cost of repair, I now have a brand new camera.  But you were always my first, little friend.  And I won’t forget you.