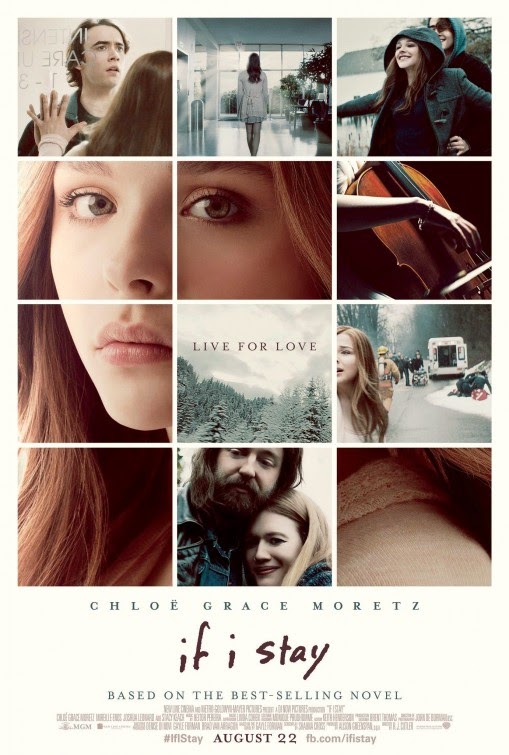 Yes some of the dialogue is cringe-inducing, and sure the movie totally changes the big speech at the end by the boyfriend, missing the point entirely that was made in the book.  But despite all that, I really enjoyed this movie much more than I thought I would* and particularly enjoyed the happy family scenes.**  However, the realization that songs that were hip and cool when I was in college have become campfire sing alongs was a harsh reminder that I’m the same age as the parents, not the teenagers.

Cost:  some part of $8.50 because I used the last of my gift card.
Where watched:  Regal Lloyd Cinema 10 with Tara, Perri and Sunita.

*Though admittedly, I went in with low expectations.
**The parents are perfectly cast and So. Much. Fun.

3 thoughts on “Three sentence movie reviews: If I Stay”