Recently, three (male) basketball players at the University of Oregon were removed from the team (though they waited until after the playoffs) because they sexually assaulted another UO student.  They maintain it was consensual, the woman says it was not, and the Eugene Police Department declined to prosecute, citing lack of evidence.  Susan Nielsen wrote an opinion piece about the incident. One sentence took my breath away. 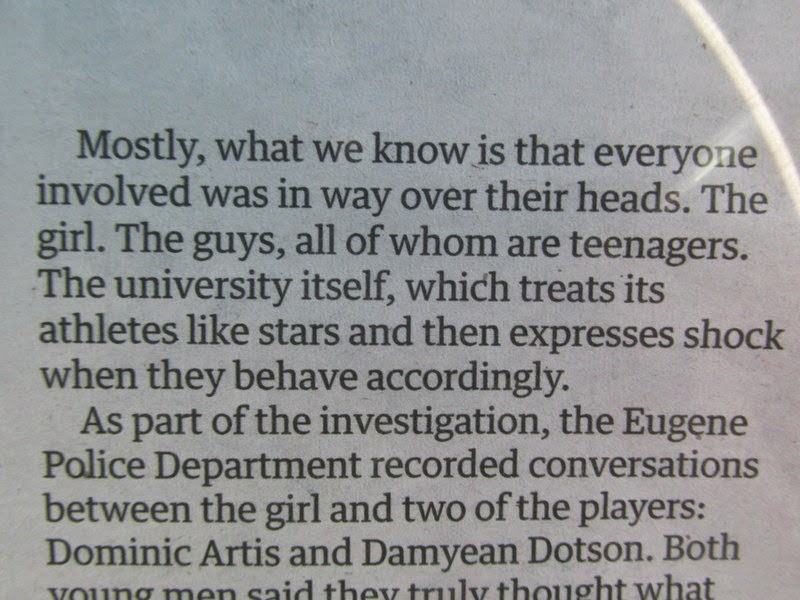 Did you catch that?
“…treats its athletes like stars and then expresses shock when they behave accordingly.”
So that’s what stars do?  Rape?
I’d love if we could move rape into something that is assumed will not happen rather than something that is stupidly, insanely, infuriatingly common.

2 thoughts on “What is it that stars get to do?”