In the earlier post, I walked around downtown and took a bunch of pictures.  Ironically, I actually did not spend a ton of time downtown for my neighborhood was far away (though on this visit I found everything much closer together than I remembered) from the very exotic downtown area.  Here’s where I mostly hung out.

That empty lot is where I went to junior high school.  Before it was an empty lot, it was West Junior High School, home of the Mustangs.  There is still West Junior High today, but they’ve built a new school somewhere else. (note to West’s website person. I could not find the address for the school prominently displayed or at all. You should fix that)  I had really great teachers at West, and I did not appreciate them at all until I got to high school, where I had a bunch of so-so teachers. 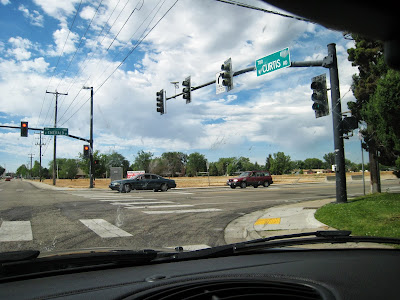 This nursing home, catty-corner across the street from West, is where my grandmother lived the last few years of her life. 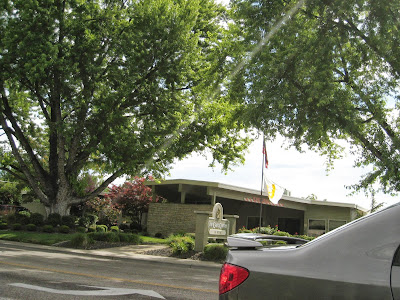 This hill, behind Hillcrest Plaza is the marker of the “second bench” which is where I lived.  When biking in Boise, it’s flat, except for the first bench and the second bench.  I worked, for a time, for a liquor store on the other side of town.  Many days I rode my bike and got to go up these hills on the way home.  It doesn’t look that steep in this picture, but look how long the approach is. Before I had a bike with gears, this was a hill to walk my bike to the top. 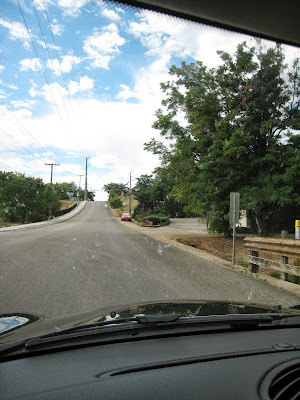 Here’s Hillcrest Plaza.  It has been totally renovated since I left town.  The Plaza Twin movie theater used to be here.  It was the first dollar movie theater I encountered and I frequented it often.  This theater was the site of the mid-week double feature of For the Boys and The Fisher King.  We were out until 11 on a school night! We were so wild.  Also.  The lot at the top of the hill has been available for decades. 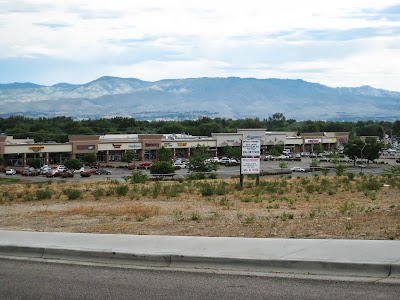 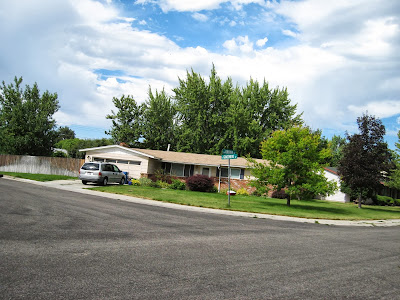 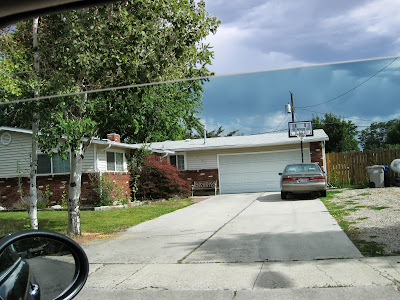 Another view.  That lilac bush was there when I lived there. 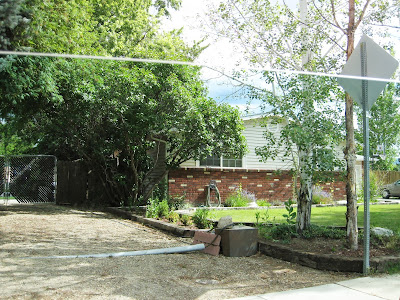 Mr & Mrs. Heimbauch’s house.  Mr. Heimbauch died while I was in junior high school, but Mrs Heimbauch lived there for a very long. They were our very old neighbors.  It seems she wasn’t too terribly old when I was little, because I’m 38 and she just recently died at age 100. 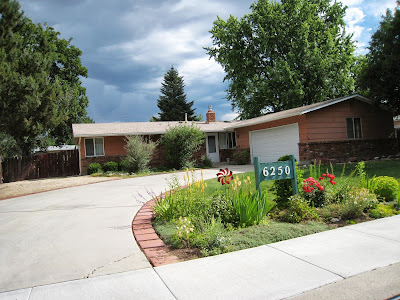 Around the corner (five houses down from the first one) is my second house, the one I call my high school house. 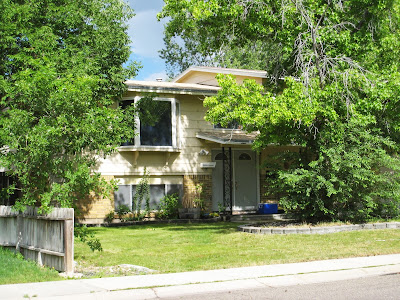 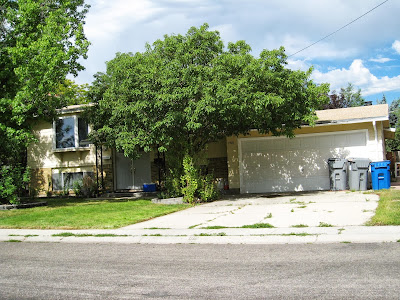 I have no memories of this house, I was just intrigued by the pie plates.  Whatever could be up with them?  There’s a short story to be written here. 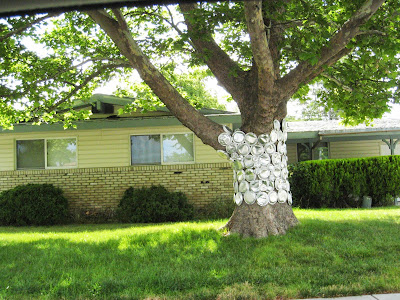 Around the corner from the high school house is my friend Cindy’s House.  I was delighted to see the Jalapeno Wagon was sitting out front.  That was a very fun car with a lot of modifications, including very cool cup holders.  It even had (and probably still has) a CB radio.  One night we drove up and down I-84 chatting with truckers.  Lori was the best at chatting.  Her handle was “Cotton Candy.”  She convinced one trucker to pull off at the Flying J truck stop and have some food with “five beautiful women.”  The fifty-year-old trucker laughed when he saw our giggly 17-year-old selves and so did we.  He was a nice man and we had a good conversation. 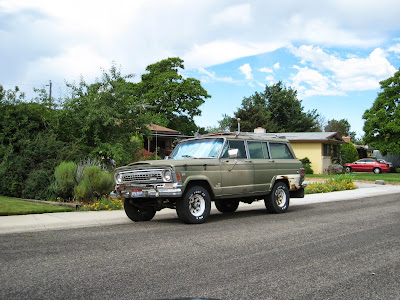 Cindy’s mom was in the yard and I stopped to chat, thus ending this nostalgia drive.