Kelly and I signed up for the Turkey Trot back when I didn’t have to wear a coat when leaving the house.  Now I’m wearing a layer of long johns, pants, shirt and a jacket.  It must be Thanksgiving. 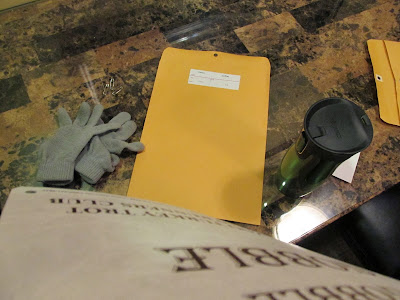 Some Pilgrims showed up to run. 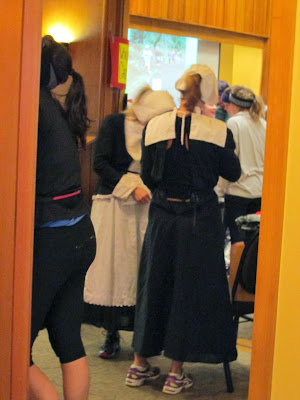 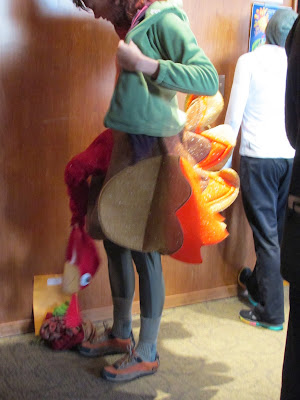 There were a lot of fun hats. 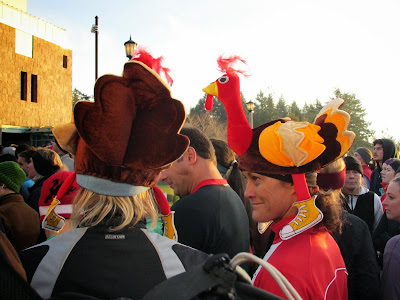 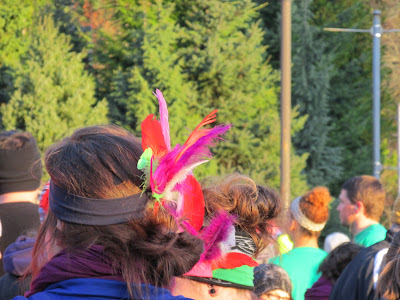 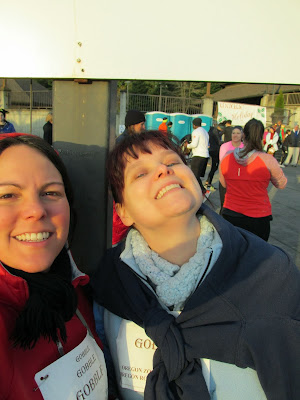 There was an entire group of Thanksgiving dinner items. I first spotted “Sweet Potato” a kid wearing (what else?) an orange shirt.  The later saw Stuffing and Turkey. 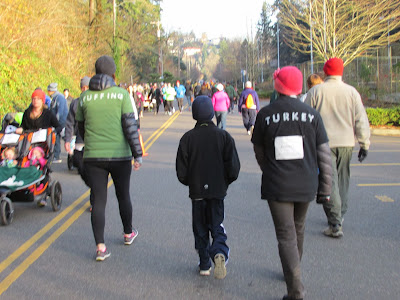 The Turkey Trot ends in the Zoo and we stopped to look at the Leopards on our way out.  This one is investigating his Thanksgiving surprise. 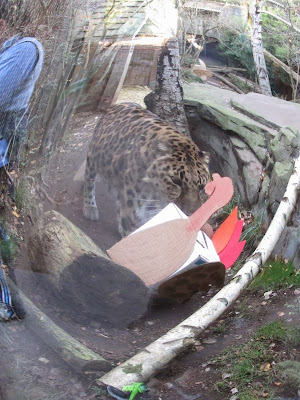 I didn’t realize my camera was on the Fish-Eye setting. 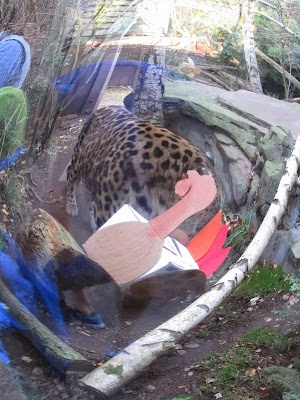 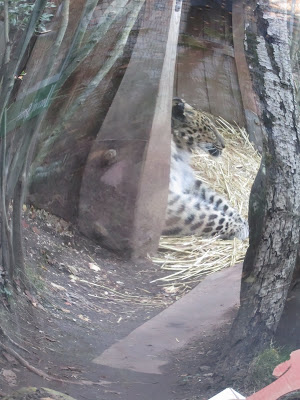 Kelly’s wingspan is not as great as a California Condor. 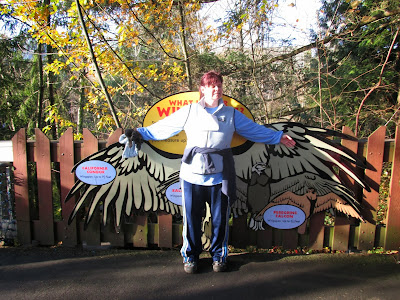 But she’s giving the Bald Eagle a run for its money. 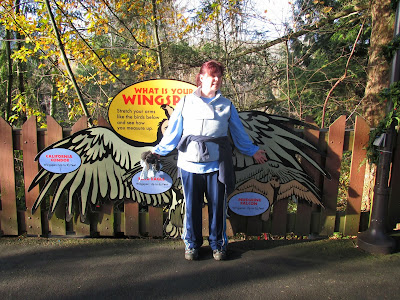